LOOSELY ADAPTED FROM BRAM STOKER’S THE JEWEL OF SEVEN STARS…

HOUSE OF KA is a thrilling supernatural horror / mystery feature film set in Victorian England. It has powerful female characters, lush historical visuals, and an ancient Egyptian curse. It delves into the many horrific facets of mummy trafficking.

After her father contracts a supernatural illness, a young aristocrat named Margaret Trelawny enlists the help of a gentleman lawyer to save her father’s life. Their investigation doesn’t go as planned when they realize what they are hunting…is already hunting them. 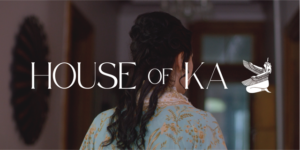 As a director of horror, one of the overarching “must-haves” in any work I devote myself to is a story that is as powerful as it is entertaining; as thought-provoking as it is nail-biting. HOUSE OF KA is one of these stories. In the wake of the #MeToo Movement, voices of misogyny sink more and more as strong women continue to rise in the film industry. As a female director passionate about representing women overcoming trauma and abuse, as well as representing men who are allies, who can be equally strong and kind, I am thrilled to step into the beautiful, terrifying world of HOUSE OF KA.

In our film, the mummified body of Queen Tiyehotep has been stolen from her tomb and sold for the entertainment and pleasure of elite men in a Victorian society. While historically, the selling and unwrapping of mummies for entertainment was not unheard of, the film explores this through a modern, feministic lens. It mirrors the horrors of human trafficking, objectification of women, and male dominance over a woman’s body. As the spirit of the mummy begins to terrorize the household, Margaret Trelawny, the daughter of Queen Tiyehotep’s buyer, and her close friend Malcolm Ross, a starry-eyed young lawyer, become the voices strong enough to speak for those who have been silenced. While the film has its share of shocks and scares, it is this bravery and opposition to injustice that I hope resonates the most with our audiences…​

The cast and crew are almost ready to start filming, but first they need some help from horror fans like YOU! Please click the link and support the film today…

-Your name in the credits of the film!

-Receive a private link to watch the film before anyone else has seen it, AND a beautiful collection of Egyptian research (with maps, detailed diagrams, the Egyptian zodiac, and a personalized epitaph with your name in hieroglyphics)

-Receive one of the masks worn by a character in the movie! Signed by the screenwriters and director JOSIE ELI HERMAN & MICHAEL ALAN HERMAN (and key members of the cast and crew)

-Become an executive producer of this film

Visit House of KA on Seed&Spark to… 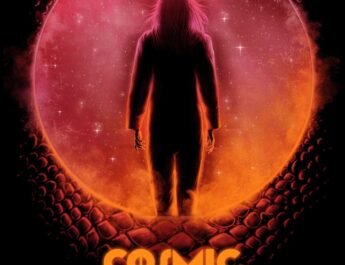 Trailer and Poster for the UFO Cult Thriller COSMIC DAWN

Shriekfest Festival Passes are on Sale for BOTH Los Angeles and Orlando!