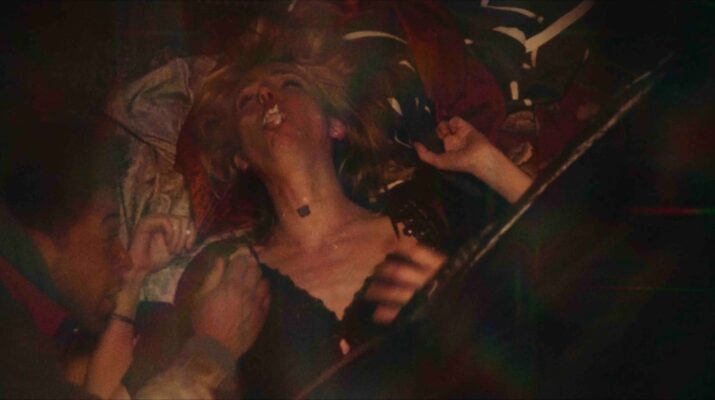 Don’t miss the festival sensation subversive psycho-horror of the year! 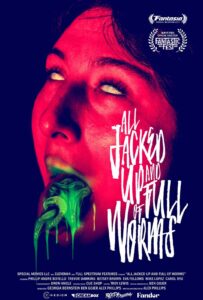 “THE WEIRDEST MOVIE YOU HAVE TO SEE”

“WILL BECOME A MANTLEPIECE FOR TRANSGRESSIVE DEBAUCHERY ON FILM.”

“AN UNDERGROUND COMEDY IN THE TABOO-BREAKING SPIRIT OF JOHN WATERS”

“SURE TO BECOME A GROSS-OUT CLASSIC THAT’LL HAVE AUDIENCES TALKING FOR YEARS TO COME.”

SYNOPSIS: Roscoe, a janitor for a scuzzy love motel, whose girlfriend has brought another man home for strange rituals, drifts through life until he discovers a hidden stash of powerful hallucinogenic worms. Guided by visions of a giant floating Worm, he encounters Benny, a moped enthusiast trying to manifest a baby from an inanimate sex doll. They fall in love with doing worms together on a downward spiral into the primordial ooze. 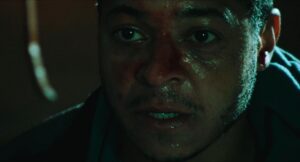 The widely-celebrated, festival-sensation avant-gutter psychedelic freakout All Jacked Up and Full of Worms, from writer/director Alex Phillips, embarks on a limited theatrical roadshow run across select North American cities spanning October and November ahead of the film’s November 8th premiere date on the Bloody Disgusting-powered streaming service SCREAMBOX and VOD platforms in the US and Canada. An Official Selection of the 2022 Fantasia International Film Festival, where it took home a special jury mention from the festival’s New Flesh competition, and Austin’s legendary genre event Fantastic Fest, the film will next celebrate its homecoming premiere at the Chicago International Film Festival on October 21st. The transgressive splatter comedy stars Phillip Andre Botello (The Art of Self-Defense), Trevor Dawkins (Easy), and Betsey Brown (The Scary of Sixty-First). Following the theatrical and Screambox launch, All Jacked Up and Full of Worms will have an exclusive release window on Cinedigm’s indie discovery platform Fandor.

The subversively funny debut feature from Chicago filmmaker Alex Phillips, All Jacked Up and Full of Worms, is a flamboyant, darkly outrageous new vision that mashes together retro grindhouse thrills with the squirmy depths of underground cinema. Working at a seedy motel, maintenance man Roscoe (Botello) is always searching for his latest fix. When he stumbles upon a powerfully hallucinogenic worm, his days of dime-store drugs are over. Along with his new love interest (Dawkins), the pair embark on a delirious odyssey of sex, violence, and becoming one with the dirt.

All Jacked Up and Full of Worms also stars Eva Fellows, Mike Lopez, Carol Rhyu, and Sammy Arechar. The film was produced by Phillips, Georgia Bernstein, and Ben Gojer. 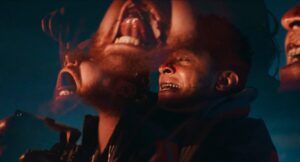 ALL JACKED UP AND FULL OF WORMS

For more than 20 years, Cinedigm (NASDAQ: CIDM) has led the digital transformation of the entertainment industry. Today, Cinedigm entertains consumers around the globe by providing premium feature film and television series, enthusiast streaming channels and technology services to the world’s largest media, retail and technology companies. As a leader in the rapidly evolving streaming ecosystem, Cinedigm continues its legacy as an innovator through its adoption of next-generation technologies, such as artificial intelligence and machine learning, through its proprietary, highly-scalable Matchpoint™ technology platform. For more information, visit cinedigm.com. 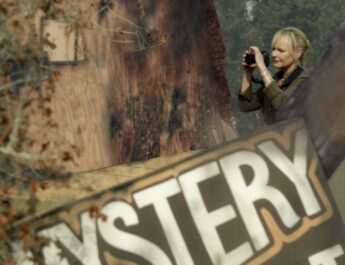 Official Trailer for THE MYSTERY SPOT – out October 7