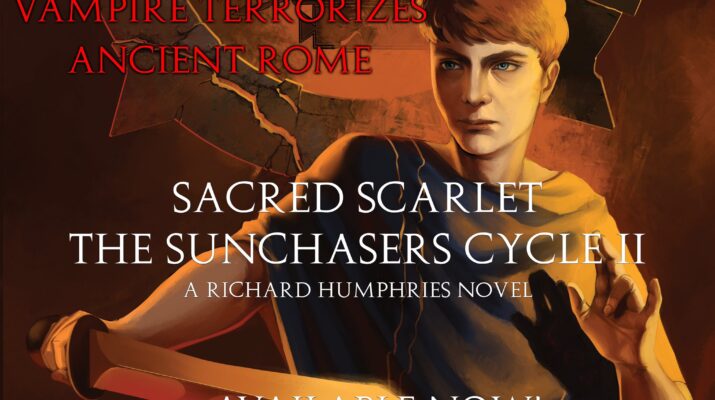 A Killer From Forgotten Myth 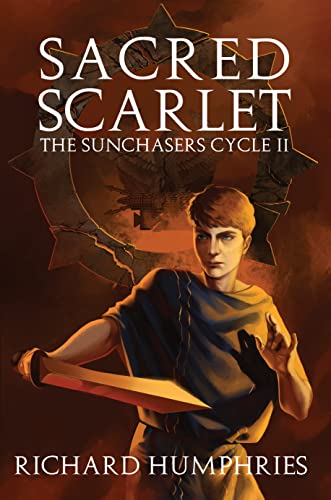 After discovering a series of ritualistic massacres, the young vampire Caelius & his human slave Petran are tasked to find answers to the impossible. The massacre’s only survivor, a teenage boy named Traian, is adamant: the vampire that killed his family moved & camouflaged itself in daylight.

Caelius & Petran must travel deeper into barbaric wilds than any Roman or vampire would dare go. There the truth lies of a being blood-blessed by God and whose existence has passed into forgotten myth. 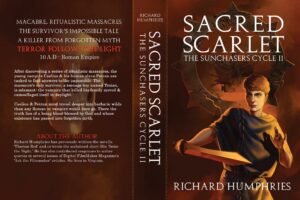 Book 2 is finally here and available for YOU to read and review at:

And in case you missed book 1… 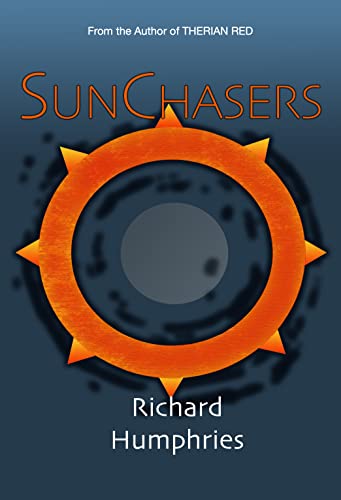 After crossing the vast steppe, passing through the valley was a means to an end for the Broad-Horn Tribe as they sought new lands beyond. Their shaman says the Gods & the mightiest of them, the Sun God, has blessed their travel and they will find better lands on the other side of the mountains.

Within the valley stands an altar to the Sun God and at its base, a macabre sacrifice. Despite the shaman’s desires to leave the altar, one of the Tribe destroys the ‘heresy’ to their benevolent God. The crime does not go unnoticed by the valley’s inhabitants.

Devout worshipers of the Sun and the blessings it grants them; the SunChasers will avenge the attack upon their sacred site. They will see the invaders driven out, but one seeks the resurrection of a powerful evil their holy man swore he would never revive.

Tensions arise in the Broad-Horn Tribe from the actions of the selfish and threat of attack by the SunChasers. Cooler and curious heads seek an understanding, while they are two different people, they share the same God.

If peace cannot be found, the call to summon the soulless darkness that once turned the soil crimson may be answered. 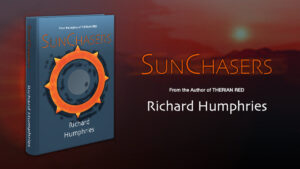 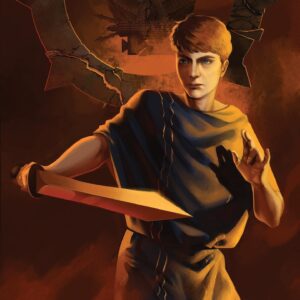 Richard Humphries is a graduate of the Savannah College of Art & Design and a prolific screenwriter. His credits include Co-Writing the acclaimed short film ‘Seize the Night’ and contributed responses to writer queries in several issues of Digital FilmMaker Magazine’s “Ask the Filmmaker” column.

‘Therian Red‘ is his debut novella, originally beginning life as a screenplay before being turned into prose. Richard’s first full length novel, a prehistoric vampire adventure, ‘SunChasers‘ released in December 2021. The second novel in the ‘SunChasers Cycle’ entitled ‘Sacred Scarlet’ is due to be released October 2022.

At this time, he has confirmed three more novels in the Cycle.

He lives in Virginia and is working on a fourth novel. 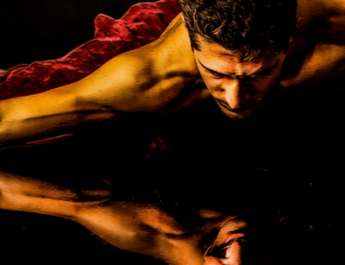 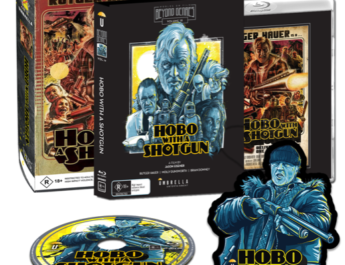 HOBO WITH A SHOTGUN gets VHS and Limited Edition BLU RAY!!!

New Trailer and Poster for “The Tangle”