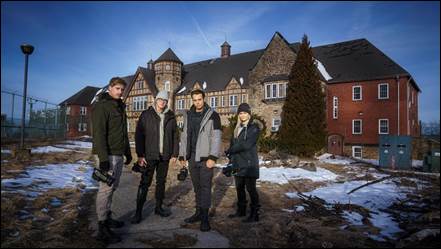 On the Season Finale of GHOST ADVENTURES, Zak Bagans and the Team Rush to Help a California Couple Tormented by Dark Spirits Inside Their Home

Paranormal explorers brother and sister duo Dakota Laden and Chelsea Laden, and best friends Tanner Wiseman and Alex Schroeder, level up their fear experiment in an all-new season of DESTINATION FEAR – and their darkest, most terrifying road trip yet. The fear-chasing foursome embrace the darkness more than ever before – physically, emotionally and psychologically – as they push the boundaries of fear and daringly spend the night inside America’s most sinister and haunted locations. This season, Dakota challenges the team with darker hauntings and locations, and shocks them with the most disturbing experiment yet: removing flashlights and forcing them to blindly face the shadows of the night in true darkness. It’s one of many twisted and unnerving new experiments that will test their paranormal theories from the most uncomfortable of situations. [Hour-long episodes]

The season opens at the massive Cresson Sanatorium in rural Cresson, Pennsylvania, the largest location the team has ever explored. A trifecta of terror, the decaying 20-building property was once a sanatorium, mental hospital and prison, marked by death in every corner. In a place this large, Dakota, Chelsea, Tanner and Alex will each have to explore their own building … alone and, in their most terrifying experiment, without flashlights. But when they encounter an entity that’s known to mimic the voices and sounds of people exploring the building, the crew is left shaken beyond belief.

Dakota Laden’s diabolical dive into darkness continues when he blindsides the team with a double dose of terror at an abandoned Pennsylvania sanatorium. Can they handle a night in the cell block where one of America’s most horrific serial killers was housed?

Paranormal investigators Zak Bagans, Aaron Goodwin, Billy Tolley and Jay Wasley continue their terrifying travels to haunted destinations in a brand-new season of GHOST ADVENTURES, where they meet with locals, eyewitnesses and experts in an attempt to piece together the haunted history of each site. They then begin their “lockdown” investigation, using the latest scientific gadgets and technology in an effort to obtain physical evidence of the paranormal and uncover the truth behind each haunted mystery. [Hour-long episodes]

The GHOST ADVENTURES crew sails into the coastal town of Oxnard, California, to help a couple tormented by unseen forces in their house. Zak Bagans makes a surprising connection as the team attempts to unmask the driving force behind the negative energy in the stately home.

This nightmarish anthology series, under the creative guidance of filmmaker Eli Roth, showcases classic urban legends as you’ve never seen them before. Based on widely shared “true” stories that happened to a friend of a friend … of a friend, each episode of URBAN LEGEND is a mini-horror film cinematically crafted to deliver a hyper-suspenseful and tension-fueled experience. Featuring lurking psychopaths, murderous mysteries, creepy creatures and twisting tales, these disturbing legends prey on our most deeply embedded fears to shock and terrify. [Hour-long episodes]

“The Harvest” – Premieres Friday, November 25 at 10 p.m. ET/PT on Travel Channel and Streaming on discovery+

Newly divorced Clay uses a dating app to go on his first date in 20 years. It goes well until he wakes up the next morning alone and without a kidney. With his life on the line, Clay races the clock to get his missing organ back.

“The Creep in the Walls” – Premieres Friday, December 2 at 10 p.m. ET/PT on Travel Channel and Streaming on discovery+

Following their mom’s death, two sisters renovate a neglected house they’ve inherited from her. But when one of them suspects their mom may be haunting them after a series of unexplained occurrences, it leads to a sinister discovery.

Some of the most amazing, eye-opening and downright scary paranormal videos from around the world are featured as a panel of experts break down the footage and analyze what exactly the eyewitnesses captured. Insights from some of the most knowledgeable specialists in the field and firsthand accounts from the people lucky enough – or perhaps unlucky enough – to witness the strange phenomena themselves just might make a believer out of even the biggest skeptics out there. [Hour-long episodes]

“The Unexplained Crossett Lights in Arkansas and More” – Premieres Sunday, November 27 at 10 p.m. ET/PT on Travel Channel and Streaming on discovery+

A ghost hunter is tormented by spirits at an abandoned rec center in Florida. A bizarre humanoid creature soars over Scotland. The unexplained Crossett lights mesmerize two friends on a remote dirt road in Arkansas.

Hundreds of twinkling UFOs crash Thanksgiving in Pennsylvania. A man in Wales has been living with a poltergeist for more than a decade. Sasquatch emerges from the woods in Tennessee.

The Ghost Brothers – Dalen Spratt, Juwan Mass and Marcus Harvey – flip the switch on paranormal lore by shining a light on its darkest secrets. In the second season of GHOST BROTHERS: LIGHTS OUT, the hype men of the haunted investigate iconic paranormal hot spots to find out if the legends are really true and if these places are still plagued by the horror of the events that occurred there. Using unconventional experiments, they are ready to expose the haunted holdouts hanging around these locations. [Hour-long episodes]

Dalen Spratt, Juwan Mass and Marcus Harvey investigate a century-old haunting at the notorious Ohio State Reformatory. But as they confront the entities still lingering in the massive, abandoned facility, they become targets of terrifying paranormal activity of more recent origins.

Dalen Spratt, Juwan Mass and Marcus Harvey investigate shocking reports of ghostly goings-on at the legendary Bobby Mackey’s Music World. What starts out as a friendly mission at the haunted honky-tonk quickly escalates into a dangerous situation when the spirits set their sights on Harvey.

Paranormal investigators Zak Bagans, Aaron Goodwin, Billy Tolley and Jay Wasley respond to urgent calls for help from desperate homeowners whose lives have been thrust into turmoil from unexplained activity inside their private residences. After hearing each family’s haunted account and reviewing bizarre evidence that was captured in their home, Bagans sends the crew on a personal house call to meet the family and get to the bottom of their paranormal emergency. Armed with their equipment, the team conducts a thorough investigation to see what evidence they can capture, while Bagans oversees the activity from his headquarters, providing insight and applying experimental tactics from his unique vantage point. After analyzing the evidence, Bagans shares the findings in a one-on-one meeting with each homeowner, offering them much-needed advice and resolution. [Hour-long episodes]

Zak Bagans sends the crew to southern California to help a young couple in a paranormal crisis. Reports are that a dark, oppressive force inside their home has attached itself to the husband. The team must find answers before this loving family is ripped apart.

The creepy collection of haunted artifacts housed inside Zak Bagans’ Haunted Museum are getting the spotlight in THE HAUNTED MUSEUM, a new horror film anthology series produced in collaboration with filmmaker Eli Roth. The series presents frightening and hellish tales inspired by the spooky relics on display in Zak Bagans’ Las Vegas museum. Bagans, a devoted collector of the macabre, is opening his museum vaults and sharing the secrets and stories behind a curated selection of his most prized haunted items through scripted shorts produced by Roth and his accredited team and with featured commentary from Bagans. [Hour-long episodes]

Hoping to reconnect with his troubled daughter, a widowed father unsuspectingly brings home a dollhouse that contains a terrible secret – one that will threaten his very sanity and the lives of his children.

In HAUNTED SCOTLAND, renowned American medium Chris Fleming and Scotland’s Gail Porter lead an expert paranormal team to investigate the chilling crimes, supernatural sightings and terrifying stories across one of the most haunted countries on earth: Scotland. With exclusive access to places where a film crew has never been allowed before, they will try to make contact with the spirits to explain the paranormal mysteries that have haunted Scotland’s most iconic landmarks for centuries. [Hour-long episodes]

Stirling Old Town is said to be the most haunted square mile in Scotland, and slap bang in the middle of this paranormal hotbed is the jail. The team faces their toughest challenge yet when the spirits get too physical in this foreboding fortress.

The Tron Theatre sits on the shell of a church that burned to the ground during an ancient ritual performed by the Hellfire Club. The team needs their wits and rosary beads to battle the dark entities unleashed by the infamous secret society. 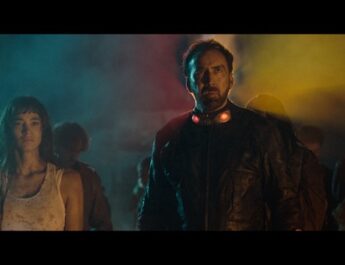 Official Trailer for PRISONERS OF THE GHOSTLAND – In Select Theaters, On Demand & Digital September 17th 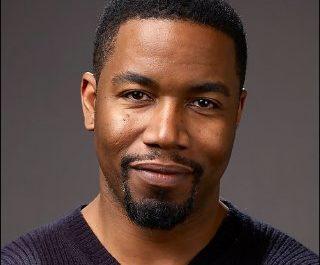