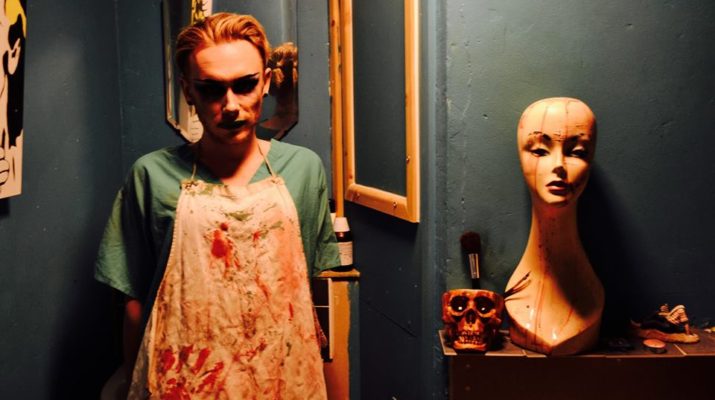 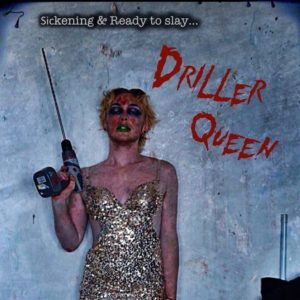 The plot focuses on a scalp snatching killer drag queen and follows the same retro shot on video style of Mr Dirt’s previous experimental horror feature film LIFE IS CHEAP.  ‘Life is Cheap’ received critical acclaim for it’s artistic and nostalgic elements, and has attracted a solid fan base since it’s DVD and VHS release in March.

Mr Dirt had this to say about the trailer’s release:  “I’m very excited to get stuck in and realise this project as its been something buzzing around the back of my brain for a while.  I grew up in the Manchester Drag / Queer Alt Scene and everywhere you look there’s talent that is just crying out to be put to use in a project like this.  Another great thing about this scene is that the Manchester lot aren’t afraid to get their hands dirty or suffer for their art, much like John Waters ‘Dreamlanders’ or Warhol’s Factory stars.”

The trailer can be viewed here:  https://youtu.be/GLilpPQUKf0 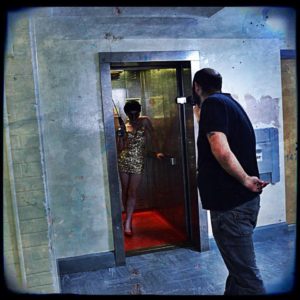 For those who would like to see more the film’s funding campaign launches on Kickstarter soon!

Synopsis
Ida Skinner is a young down and out morgue attendant / drag queen with personality disorders that would make Jeffrey Dahmer blush.  He is constantly ridiculed for not being able to afford nice wigs or clothes but one day this all changes when a dead lady with fantastic hair is brought in.  Unable to resist Temptation Ida scalps the body and finds himself the toast of the local drag scene.  Soon he is inundated with requests for his fabulous human hair wigs and as the morgue begins to dry up he realises he must turn to murder to find the perfect material for his weaves…

Notable Cast
The film stars Violet Blonde as Ida Skinner.  This is Violet’s first acting role but she’s no stranger to performance, and Violet caught the directors attention with her wild and outrageous home made looks, veering from immaculate drag to twisted club kid akin to something from a Cronenberg movie.  Violet was originally penned to play “Bubbles” in ‘Life is Cheap’ but had to pull out at the last minute.

The rest of the cast, so far, includes ‘Life is Cheap’ stars Joe Spencer, Ben Atomgrinder, Lou Woodcock, and a few more exciting new names to be confirmed.

Notable Crew
As with Kurt’s previous film the directing, editing, special effects etc. will be handled by himself with help from his wife Lisa.  US based writer Heidi Moore is set to assist with the script.

The film is to be scored by 70s/80s Lucio Fulci / William Lustig inspired composer Polypores, AKA Stephen James Buckley.

Kurt Dirt Mini Bio: Kurt moved into filmmaking after working on his friends and his own music video’s, and scoring films such as Troma’s ‘Return to Nuke em High’, Liam Regan’s ‘Banjo’ and Heidi Moore’s ‘Dolly Deadly’.  Kurt claims to have loved weird and scary films since being accidentally exposed to them as a sickly child who spent his early years throwing up and watching late night TV! 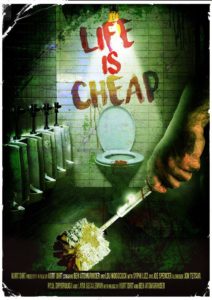 Synopsis (LIFE IS CHEAP): Joeby Cleftico is living the dream, scrubbing urinals and unblocking toilets, until that is he is caught taking his work home with him… literally!  Now unemployed he must face up to the wrath of his long suffering mother Babs, their monstrous incest born offspring ‘Bubbles’, and to make matters worse his mother’s psychotic chainsaw wielding ex prison girlfriend is on the loose!

Kurt Dirt on LIFE IS CHEAP:  “The response we got from ‘Life is Cheap’ was very encouraging, both from people wanting to get involved and from the hilarious audience reaction during our live screenings.  Hearing somebody scream out “Oh pack it in!” during the eyeball scooping scene in ‘Life is Cheap’ and the various laughs and screams made all the hard work worthwhile and reaffirmed that this is what I want to do with my life. 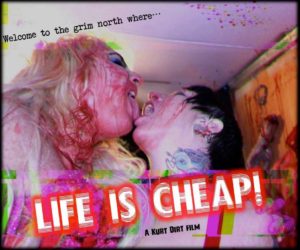 The whole concept for ‘Life is Cheap’ was based around a certain attitude and aesthetic, a desire to do everything ‘wrong’ and see what happens.  We filmed it all on a really early Hi8 video camera, used musicians instead of actors, made everyones accent a little thicker and just threw as much filth and nastiness as we could at the screen.  We’ve not exactly been darlings of the festivals but we’ve screened it live a dozen times and audiences have had a riot.  The movie viewing public are pretty much only ever exposed to very high end, ‘industry standard’ productions, so I think it feels a bit naughty to sit and watch a bunch of sickos acting out such a grubby little story on a Lo-Fi video recording.” 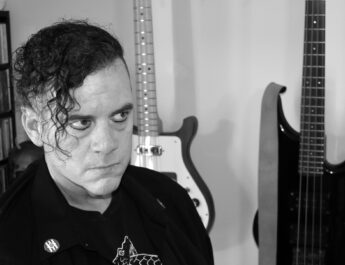