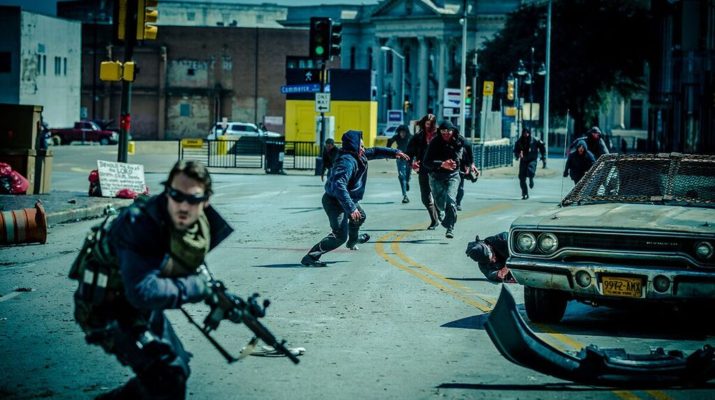 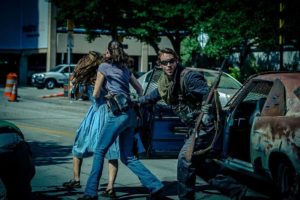 The film’s story begins after a plague has destroyed much of human life. Survivors hole up in the remaining, crumbling infrastructure. Meanwhile, Rourke (Strong) is searching for vengeance, after losing his family, to the infected hordes. Hundreds of shades hope to stop Rourke and kill the few remaining people still left alive.

Along with an appearance in theatres, the film will be available through Video-on-demand, on August 26th. VOD providers include: iTunes, Comcast, Time Warner and at least thirty other platforms. From New York to Santa Monica, film fans will find this exciting thriller at most major cities. As well, the theatrical launch will run for at least seven days, at most theatres. Film fans will have many opportunities to see the film on the big screen as Daylight’s End prepares to thrill audiences, nationwide, throughout America. 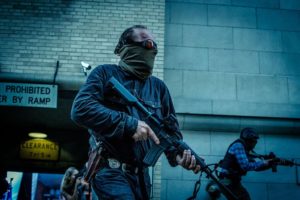 Official synopsis: Years after a mysterious plague has devastated the planet and turned most of humanity into blood-hungry creatures, a rogue drifter on a vengeful hunt stumbles across a band of survivors in an abandoned police station and reluctantly agrees to try to help them defend themselves and escape to the sanctuary they so desperately need.

A fan page for the film: https://www.facebook.com/DayLightsEndMovie/

Official Trailer for GHOSTS OF THE OZARKS – In Theaters/On Demand/Digital Feb. 3rd