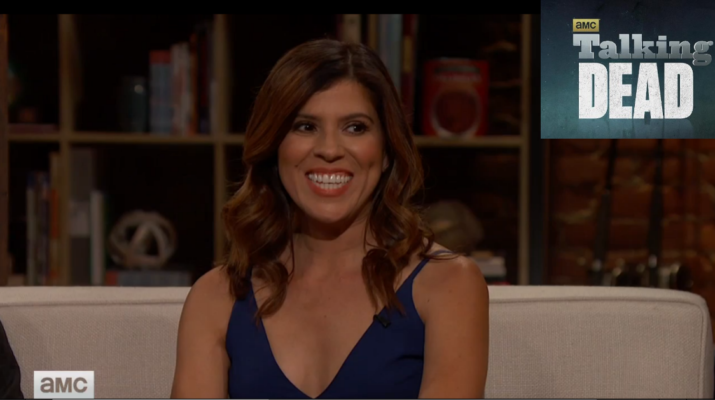 Season two of “Fear The Walking Dead” has introduced fans to many new characters. One of those characters is Elena Reyes, the Rosarito Beach Hotel Manager, played by actress Karen Bethzabe. Ahead of the big season finale, we got the opportunity to ask Karen some questions about her character, and herself…

-Karen: No, actually one of the first things that I did was help produce and star in the film “Death and Cremation” along with Oscar nominee Brad Dourif.

-PH: On Talking Dead you mentioned this was the perfect role for you, but how much did you know about “Fear The Walking Dead” before taking the role? Were you a fan of the series before joining it?

-Karen: As an actress I always love to research the shows that are on the air. I saw both pilots of “Walking Dead,” “Fear the Walking Dead” and “Flight 462.” I was blown away by the quality, acting and story line of each. I have always been a fan of AMC shows. As soon as I got the audition, I happily binge watched the whole season of Fear and started watching Walking.

-PH: Elena is introduced to fans with a decision that results in the death of many people. Did you have concerns over how fans would welcome your character knowing what she did?

-Karen: I was never concerned. I love complex controversial characters and I was excited to see the reaction of the fans. I love the mixed feelings and questions such as “What would you do?” that Elena brought to the surface to all who were watching. That’s music to my ears.

-PH: Elena gets thrown in the mix with Alicia. What was it like working with Alycia Debnam-Carey?

-Karen: Alicia was the perfect character to be thrown with for my first episode. She is smart, talented, professional, and above all down to earth – perfection.

-PH: We see Alicia hanging from the elevator ropes, and soon after over the edge of the balcony with Elena right by her side. What’s it like being a part of those stunts?

-Karen: That was one of the most memorable scenes for me actually. As actors, we love our lines, but in this show the action stunts and the killing of the infected takes the prize. It’s and incredible adrenaline rush. The scene in the elevator finished shooing around 4am in the morning and I didn’t want it to end. 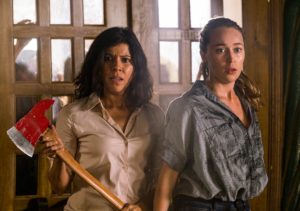 -PH: Madison convinces everyone to work together to secure the hotel. They seem to be at peace for now, but Elena is the one person who still has a target on her back. How do you think she’ll deal with knowing that even though the zombies are gone, she still has people who dislike her in the hotel?

-Karen: She knows and is worried of course, especially after Strand gets stabbed and considering how fragile the ties are with everyone in the hotel. We’ll see how she does by the end of the season.

-PH: Speaking of securing the hotel, what was it like filming the scene where everyone leads the zombies onto the pier and into the water?

-Karen: It was one of the most impressive scenes. The coordination of infected ones, water cameras, actors and stunt doubles. It was jaw dropping to watch and to be part of it.

-PH: Some people have said they were truly scared, and others said it didn’t bother them. What were your feelings the first time coming face to face with a zombie?

-Karen: While in character I was okay, because I’m numb as Elena to a certain degree. But, when I was out of character, I was petrified. Sometimes I would stumble across them and I freak out screaming — pretty embarrassing actually.

-PH: We’ve seen some characters cover themselves in zombie blood to hide from the zombies. We don’t know if your character will have to do that or not, but is that something you’re ready to do if needed? 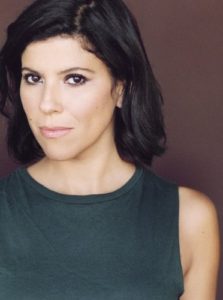 -PH: Lets talk a little about your life and work outside of “Fear The Walking Dead.” I read that you came to the United States in your early 20’s not knowing any English. You eventually moved to L.A. and worked to become an actress. What made you decide to get into acting especially with having to learn a new language?

-Karen: As a little girl I remember locking myself in my room for hours and setting up a whole play scenario where all my family members died and I would cry at their funeral and bury them one by one — haha (pretty sick I know). Also, I would spend hours in my room dancing and creating musicals. It was clear to me, even as a child that I wanted to do something with the performing arts, but it all got postponed for many years due to the lack of resources available to me.

Once in Los Angeles I was asked to act in the short film “Reward” without any previous acting experience. It was while on set, I felt a sense of belonging and that was it.

-PH: Your in a new film called “Listen.” Can you tell fans about that movie and your role in it?

-Karen: Listen tells the story of nearly every high school in this country where students hide their pain, and adults are too overwhelmed to stop and listen. I played Rosa Ramirez, a single mother that ran away from a physically abusive husband and the story shares her struggles to raise her 3 kids in the dangerous environment that they live in. I’m proud to be part of this film and work with Director and Activist Erahm Christopher.

-PH: Where else can fans find you in the near future? Are there any other projects that you’re involved with that you would like to let us know about?

-Karen: I’m producing a short film in my home town that I wrote. I want to bring to life the richness of the world and stories that I grew up with. A lot of other good things are in the wings, but I’m not allowed to say anything yet. As soon as I’m given the ‘green light’, I will share it with all of you.

We would to thank Karen Bethzabe for taking the time to answer our questions. Hopefully you learned a little about Karen both on and off the set. We look forward to seeing what’s in store for Elena in the season finale! 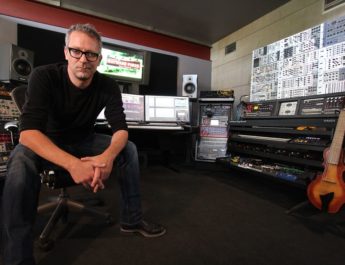 The Music of SAW, A Conversation With Composer Charlie Clouser 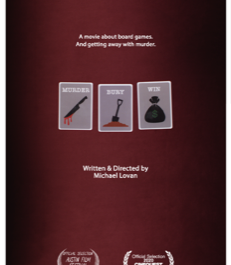