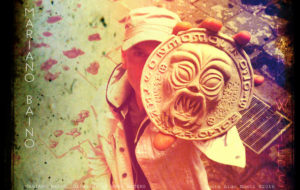 On Thursday, October 13, 2016, Mariano Baino’s renowned art-house supernatural thriller, DARK WATERS, will slither its Lovecraftian tentacles in one of Brooklyn’s most vibrant venues, the SPECTACLE THEATER, which will screen the film at 7:30 pm.

Baino’s film, “a masterpiece of art-house horror” as proclaimed by Filmmaker Magazine’s Scott Macauley, is a deeply unsettling supernatural tale which refuses to be confined within the boundaries of genre cinema and is ideally suited to be exhibited in a cutting edge space like the Spectacle Theater, itself distinguished by a refusal to be confined within the boundaries of the mere mono-purpose film palace.

On the wave of successful screenings in venues as varied as New York’s legendary Lincoln Center and The National Cinema Museum in Turin, Italy, and DVD and TV releases worldwide, Mariano Baino couldn’t be happier to have been invited to screen his work in Brooklyn,“The Spectacle is a vibrant and culturally relevant venue in one of the most vibrant and culturally relevant areas of the most vibrant and culturally relevant city in the world: New York City, which also happens to be the place I proudly call home,” he declares, “I am overjoyed they are screening my film. I also admire the dedication and enthusiasm of programmer Julie McGrath and the whole team which runs the Spectacle Theater. Venues that have the courage to show unusual and daring work should be nurtured and encouraged!”

The Brooklyn screenings, a de facto mini theatrical release, with a repeat performance on Tuesday, October 25th at 10:00 pm, will give a brand new audience the chance to discover this “unholy hybrid of Bergman and Argento” (in the words of Film Review) and a further chance for the film’s numerous fans to re-experience the film’s oneiric power on the big screen. 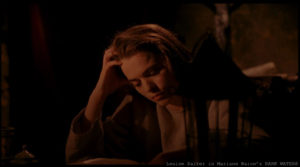 “We are excited to screen the work of this multi-talented artist and visionary film director,” declares Julie McGrath, one of Spectacle’s enthusiastic film programmers, “Dark Waters is a remarkable film and we are truly happy to show it to our audience.”

A surprise treat awaits those who will attend the screening on Thursday 13th: in Mariano’s absence, actress and multi-talented artist CORALINA CATALDI-TASSONI (renowned for her work in seminal European movies such as OPERA, PHANTOM OF THE OPERA, MOTHER OF TEARS, as well as appreciated for her music and widely exhibited artwork) will be present to introduce the film. Baino and Cataldi-Tassoni have collaborated on many projects to date, including Baino’s latest, highly anticipated short film, LADY M 5.1, a surreal adaptation of Macbeth, Scene 5, Act 1, with a Science Fiction slant, in which Cataldi-Tassoni gives a gut-wrenchingly emotional performance as Lady Macbeth. Her performance just earned her a sought-after Award of Excellence at Best Shorts Film Competition in the category of ACTRESS: LEADING.

Baino and Cataldi-Tassoni also co-wrote ASTRID’S SAINTS, a new feature film set to be filmed in Italy, directed by Baino and starring Coralina Cataldi-Tassoni in the role of Astrid.
SPECTACLE THEATER, located at 124 South 3rd Street, Brooklyn, New York (between Bedford Avenue and Berry Street) is a collectively run screening space in Williamsburg, Brooklyn, distinguished by a cross-disciplinary approach and DIY ethos. A unique voice in the wave of micro-cinemas that have emerged in New York in the past decade. Programming runs seven days a week and encompasses offbeat gems, cult-movies, contemporary art, radical polemics, live performance and more.

Information about SPECTACLE THEATER can be found at http://www.spectacletheater.com/ 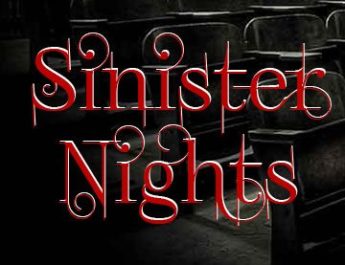 Q&A with the Winners of the Quaratine Film Contest and Your Chance to Enter an Art Contest from Sinister Nights! 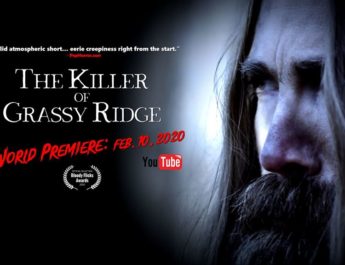