Gun Media is proud to announce that the ‘Misfits’ will joining the soundtrack for the upcoming Friday the 13th video game. Their hit song “Friday the 13th” (MISFITS “FRIDAY THE 13TH” CD and LP”) is a tribute to 80’s horror and slasher films, which can now be purchased on the bands website. (http://bit.ly/2jsQm85)

“The inclusion of this track is a dream come true for fans of the genre” said Ronnie Hobbs, Co-Creator of Friday the 13th: The Game.” “Like many kids, The Misfits were a huge part of our childhood, so it’s an honor to be working alongside those guys”.

Friday the 13th: The Game is due out Early 2017 for multiplayer with single player being added in for all versions of the game by Summer 2017!

About Gun: Based in Kentucky, Gun Media is a publisher of interactive entertainment comprised of industry veterans with unique and complementary backgrounds. The mission of Gun is to build fresh and exciting interactive experiences for a wide range of platforms and gamers. The team shares a vision that game development is not just the creation of a product, but the blending of art, design, and technology to produce an experience that engages and entertains players from all over the world.

About IllFonic: IIllFonic is committed to delivering AAA games digitally to consoles and PC at an affordable price. IllFonic utilizes many avenues in pop culture to cross brand its products in film, television, sports, music, and clothing. With a studio in downtown Denver, IllFonic has built a team of artists, developers, producers, and musicians that believe providing fun game-play means conveying the highest level of visual awe, an immersive environment and a sick soundtrack.

About Horror Inc.:FRIDAY THE 13TH and all related characters and elements are trademarks of and © New Line Productions, Inc. and Horror, Inc. (to the extent of their interest). 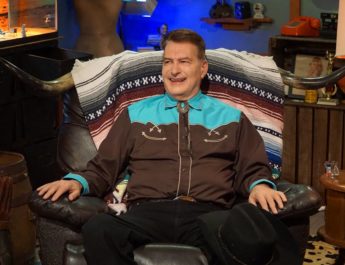