The Overlook Film Festival at the iconic Timberline Lodge offers an experience beyond films with immersive horror/VR experiences and more kicks off tonight.

“I’ve always been here.” The quote from The Shining may not be exactly true for the Overlook Film Festival as it opens up for it’s inaugural run, but when entering the Timberline Lodge (used as the Overlook Hotel in the film) you feel as if it has always been around. In the first year for the Overlook Film Fest, the festival sets itself apart from the rest of the pack by offering more than quality horror films including: immersive horror experiences, storytelling, themed parties, horror trivia, Industry panels, and much more. The festival aims to be more than just that, but an immersive experience for die-hard horror fans as a community.

The festival will be showcasing over 20 feature-films and 17 shorts, including cannibal love story “The Bad Batch”, horror crime-thriller “Hounds of Love”, a secret screening from “a bold voice in film”, and the world premiere of Blumhouse’s “Stephanie” with Jason Blum receiving the Visionary Award afterwards. Blum will not be the only one receiving an award, as the festival will be presenting indie film trailblazer Roger Corman with the Master of Horror Award followed by a special screening of Corman’s classic “X: The Man with the X-Ray Eyes”. It does not stop at the feature films though, the Overlook Film Festival will also be shining a spotlight on horror shorts showing small collections periodically through the weekend. 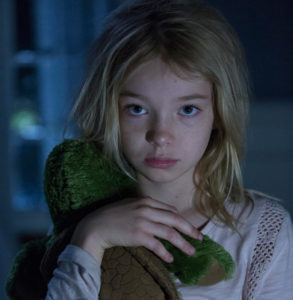 But as promised, the festival is about more than the films. The Overlook Film Festival is proudly showcasing some of the most talked about immersive experiences in horror from Virtual Reality to festival wide games to full-contact horror rooms. One of the VR experiences being offered is MULE, offering a first hand experience at being buried or cremated (your choice, of course) that is set to give you the terrifying insight on dying. The Chalet is described as a 10-minute theatrical experienced designed to provide terror to an intimate audience (one person). But the most talked about experience of the festival is sure to BLACKOUT, a 30 minute extreme horror experience that gets up close and personal with the audience, so terrifying that a waiver is required before participating.

But wait, there’s more! Every night will be closed with a horror themed party, ranging from Burlesque to a Macabre Metal Masquerade, so the patrons can unwind after a full day of film. Movies, experiences, and panels: oh my! There is so much to do at the festival for any level of horror fan to enjoy themselves. Between all the events and being set at one of the most famous horror hotel, The Overlook Film Festival is poised be the next big horror event for years to come and having fans begging not to leave. Or will you at all? After all, you’ve always been here. 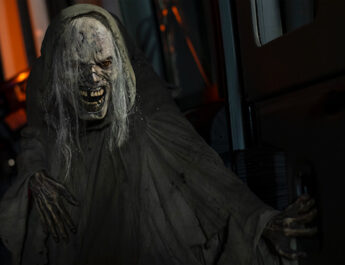