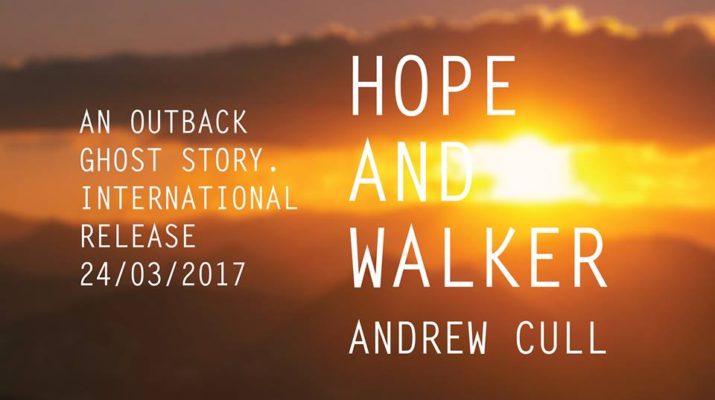 Em Walker is just like any other 10-year-old girl growing up in the small, outback town of Hope. That is, except for the fact that her Dad runs one of the town’s two funeral parlours, and the dead have just started speaking to her…

When Hope is rocked by a terrible crime, Em, stubborn, scared of spiders, and with a temper that’s likely to get her into trouble, will find herself thrust into the middle of a dangerous hunt for the truth.

“Being scared’s good,” Grandpa Walker had told me once. “Stops us from doing stupid things.”
It hadn’t stopped me.

Hope and Walker is a new short ghost story by Andrew Cull, the award-winning writer and director of The Possession of David O’Reilly.

“There’s very little to dislike about this one. It’s quick and suspenseful, with some well-fashioned scenery, and good sum of thrills. As for something to read in a short window, you can do a hell of a lot worse than Hope and Walker by Andrew Cull. Great stuff.”

“A unique, creepy Australian tale. Well worth checking out.”

“Hope and Walker is my second visit to the work of Andrew Cull. It’s another short (possibly a novelette) that packs pretty good wallop, so in that, Andrew Cull proves himself reliable.”

“Hope and Walker, by Andrew Cull, is a charming story with a touch of horror. The opening line, We were both 10. But he was dead. And I sat drawing him, immediately drew me in, so important with a short story.”

Don’t wait! Get your copy of this “highly recommended” book today at:

And after you finish reading that terrific story, check out out this amazing one…

‘Did You Forget About Me?’ has been described as…

Your copy is awaiting for you at…

And coming later in 2017 from author Andrew Cull is… 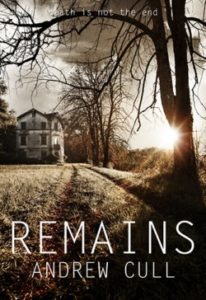 How far would you go? What horrors would you endure if it meant you might see the son you thought you’d lost forever?

A terrifying study of grief, reminiscent of genre classics Dark Water and Don’t Look Now, Andrew Cull’s stunning debut novel Remains manages to be at turns haunting, harrowing and filled with compassion. Horror with a heart that delivers on every level.

Andrew’s first screenplay attracted the attention of BAFTA award-winner, Philip Saville. He went on to develop film projects with Hammer Films, Paul W.S Anderson’s Impact Pictures and wrote for cult TV hit, ‘Urban Gothic’. Alongside this, Andy ran a video rental store in London with the largest horror collection in the UK.

“As a teenager, I discovered Stephen King, James Herbert, Shirley Jackson, HP Lovecraft, and that was it for me. Horror was always going to be my genre. With a name like Cull I guess you could say that’s a good match…

I’ve always particularly loved what might be referred to as ‘true horror’. When I was a kid I took all those stories of Black Shuck (one of my favourites as we spent a lot of time in Norfolk), the Loch Ness Monster, Ghosts, Aliens, Chimera, End Times theories at face value. I believed all of it. Now, I’m a lot older and a lot more cynical, but that love of horror that walks the line between reality and fantasy has stuck with me. Most the of the stories I write have a thick thread of reality running through them. They’re often based on those stories I read when I was a kid, or reports I read now.” 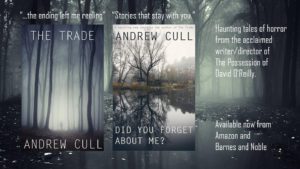 -Get a closer look at all of his books and stories

-Find out the latest news from Andrew

Brand New Clip from the Terrifying THE ICE CREAM TRUCK! 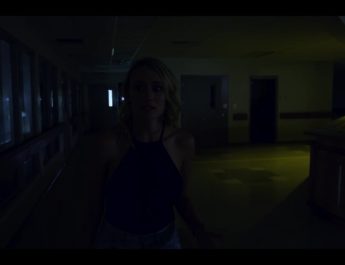 DEVIL’S ACID – Smoke up with Satan this November!

One thought on “HOPE AND WALKER”