Stranded on a distant planet, a team must fight aliens and activate a machine meant to restore Earth to a time before its downfall. Deanna Grace Congo, Torrei Hart, Khu, and Cameron White star.
From the director of Dark Moon Rising and The Cloth, Alien: Reign of Man on VOD August 1 and DVD November 14.

-PH: When did you start making movies – not produced features but just for yourself. As a kid?

-Justin: Great question, I started making films at a young age when I discovered that life was fleeting. I remember recording a party at my mom’s house, Faye Price, and my uncle showed up and he was bored. My aunts and cousins were really too young to know the music. My mother ha don this sparkling gold dress and it glittered and shimmered like tina turner on stage. She reminded me of Tina. I remember time passing and no one in the video being what I remember and some having passed on when I got to high school. It was crazy because some of the people in that video only exist now in my memory. I thought “ how sad would it be if no one knew my uncle?” How insanely empty would the world be not seeing my family at a time when we wre a family. So I took an interest into storytelling and documenting. I believe that the film medium is so powerful. To this day I can pop that tape on and be transported back to my living room and I can almost feel the energy of everyone. I can recall what it made me feel like…happy. That’s why I created Pikchure Zero Entertainment. A full production house.

-PH: Do you remember what you’d shoot on?

-Justin: Canon HV20 ☺ But again this is before 1080 P and DSLR’s made shooting on that camera cool. People wanted large cameras back then. So it was always a crap shoot between home video and professional because I was young and because the hv20 is the size of the iphone.

-PH: What kind of films were they? Little horror movies – not unlike Alien: Reign of Man?

-Justin: I never made short films. I always thought it was a waste of time because at the beginning stage you are going to probably work just as hard on 10 minutes as you would for hour and fifteen. I did make one later on and this point was proven true as it cost just as much money and time haha. But I always made features. I also never wanted to do anything typical. I remember being approached to make a film about stripping zombies and I immediately said no. That just sounds like nothing interesting is happening. I instead made a film about a microchip that could launch missiles and shut down water supplies and shut down the stock market ect. That film was written in 2005 and I didn’t have the money to make it until 2007 but that plot line has been everywhere. I shot that on the HV20 from home as soon as I went to L.A. But those are the kind of films I have tried to make. Large in scope films even though it would be easier to make a personal story and use my friends and give someone an illness and win a festival. I have found it to be much more gratifying for me to just do what I love. We shot a romantic comedy called Almost Amazing and it was the furthest thing from a “black” film as one could get. Only at Pikchure Zero could you make a film about romance and still have four cities and 10 different locations. We even bribed our way to Time square during new years Eve. Sick shot!

-PH: Did your folks encourage you to partake in a career as a filmmaker?

-Justin: No they wanted me to use all of my passion towards helping people. I think I found a great compromise because I pride myself on helping other auteurs who may not have anyone there to help them or believe in them by saying “look at me” If I can do it, God definitely rewards the faithful! And that has been amazing. I cant tell you how many times I run into young minds who are just hungry and there’s nowhere to get information that isn’t a money grab google ego filled bunch of BS.

-PH: What was your first movie?

-Justin: The first film I officially did was called “The Cloth” starring Danny Trejo and released by Uncork’d Entertainment! I had a bit of everything in it. Creatures in costumes and VFX and armor and priests wielding holy weapons. You won’t ever say you saw a Justin Price film and it was predictable.

-PH: How do you think Alien: Reign of Man compares to it?

-Justin: The majority of the crew walked out on me during The Cloth. It was a crazy thing. To this day I don’t know what happened but I had to reschedule lead actors and stunt people within a week radius. I have grown so much since then. I love Alien Reign of Man because it is a film about discovery. My producing partner KHU and Deanna Congo, we try not to cheat the audiences. I mean we are working with great minds like Cameron White who is incredible. And it is our goal to try and push the envelope as much as possible. We could have just shot in the desert and said it was Mars and put a filter on it but we actually put our lives on the line to make this film. I am so proud of my team. We are talking about a film shot in places not mentioned on a lot of tourist sheets.

-PH: Who were the first person you showed this movie to?

-Justin: Keith Leopard at Uncork’d Entertainment. I just knew that he would get it. It takes a visionary to understand people with vision or else why would it be called vision. He immediately complemented the fact that we had great production value and the mood was right. I felt reassured it would be in the right hands with his company. We are talking about a movie with a built from scratch VFX creature, guns, armor, and a spaceship at this budget range. That is insane! And to pull it off within five months, even crazier. So we are extremely happy with the film.

-PH: How important a marketing tool has the internet been for the film?

-Justin: The internet has been incredible. We are a bit old school. I like to spring films up on people like a surprise. I used to do trailers where nothing happened. I am from the way of thinking that says “rent or see the film in theaters” I hated giving away the entire plot in the trailer. I have come to understand the value in changing one’s way of thinking. The internet has helped with that. Without the internet and interviews like this, it would be impossible to point out minorities are in space! Woman are in space! They aren’t in bikinis and they are intelligent and strong. They are also vulnerable and vindictive in Alien Reign of Man. It was great to be able to showcase that we are all a kaleidoscope of many things. Follow me on Facebook.com/justinpricex

Darkside Releasing to Unleash Revenge Thriller ‘Beyond Fury’ on Blu-Ray 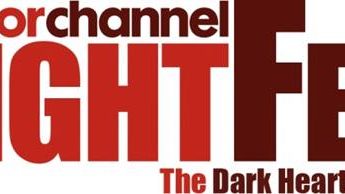