WTF! Executive producer Steve Parker tells us about his favorite horror films, the fourteen movies he has produced, and collaborating with filmmaker Peter Herro on his new film.

-PH: How did you get into producing?

-Steve: Religious movie-watching and a desire to do it better than those movies.

-PH: Was horror always the go-to genre for you?

-Steve: For me horror is fun, but not as compelling as action or drama. My creative partner Jody Wheeler is a total Sci-Fi/Fantasy/Horror buff.

-PH: How many films have you done now?

-Steve: Go ahead. Make me do math. Fourteen movies, three of which are features.

-PH: Do you feel with each film.. they get better?

-Steve: My first was on 16mm, so, yes, now they are all way better picture quality! Jokes aside, yes, absolutely. A lot of indie sets are chaos, with poor planning and organization, and the final result can show that. Jody and I are now very deliberate and effective at what we do.

-PH: Give the readers an idea of how long it’s taken the film to reach the screen?

-Steve: I don’t recall when Peter started writing it, but it was one year of re-writes, six months of pre-production, and two years of post-production.

-PH: Is the completed film your exact, original vision? No compromises?

-Steve: Pretty much. Peter stuck entirely to his original script, but we thought there was room to improve but the differences were minor.

-PH: Any of those death scenes disturbing to film?

-Steve: I think Bonnie’s screaming about the death of Bevan was more scary than actual deaths. She screamed her heart out on this movie.

-PH: Tell us about your favorite horror films!

-Steve: Friday the 13th, Camp Crystal Lake, and Cabin In The Woods.

-PH: Why was Midnight Releasing the right home for the film?

-Steve: The folks at Midnight Releasing showed interest early on, and were positioned for a high-quality indie release and cover horror and thriller, and that’s WTF!

WTF! will be released August 1 via Midnight Releasing 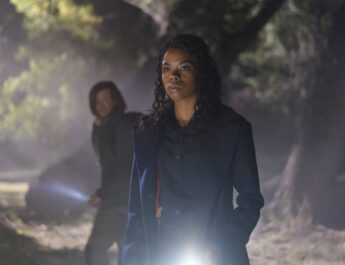 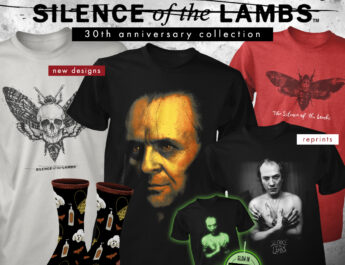