In anticipation of To Hell and Back: The Kane Hodder Story’s World Premiere on Saturday, August 26, 2017 at FrightFest in London, UK, Masterfully Macabre Entertainment debuts its official theatrical poster & trailer.

Designed to reflect both the horror and mainstream documentary audience, this theatrical poster makes it clear that the film has a broad audience.

Kane Hodder proudly boasts that he has “murdered more people on film than any actor in history,” a fact only further amplified in the trailer by a brutal montage of some of his most infamous kills. Horror veterans Adam Green (Hatchet) and Robert Englund (A Nightmare on Elm Street) describe how Kane’s iconic size and movement helped create his legendary performance as Jason Voorhees in the Friday the 13th films. Bruce Campbell (Ash Vs. Evil Dead) turns the common perception of villains on its head by revealing, “most of the people that I’ve met who play heroes are assholes, and most of the people who play really bad people are nice guys.” In a candid moment, Cassandra Peterson (Elvira: Mistress of the Dark) empathizes with Kane’s brutal burn accident, adding, “to go through what he’s gone through, I can’t even imagine.” Kane and Michael Aloisi (Co-Author of Unmasked) describe the tragic events leading up to the horrific fire accident that forever changed Kane’s life.

Providing only a small glimpse into the emotionally charged documentary, the trailer leaves the audience wanting more.

Tickets to the world premiere are now on sale via FrightFest.co.uk. 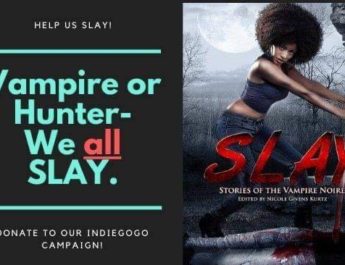 “SLAY: Stories of the Vampire Noire” – Now on Indiegogo 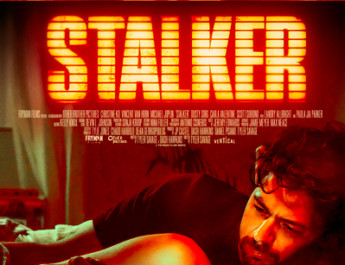