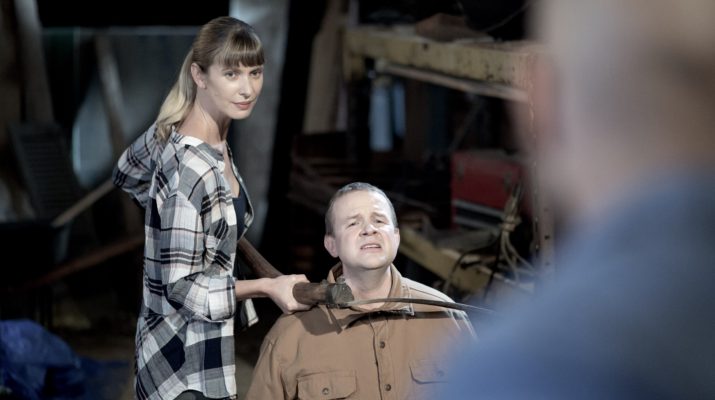 This Halloween, a Unique Experiment in
Independent Horror Film Production Comes to Cable/VOD

Author Stuart Connelly had an idea: what if he shot a home invasion feature film entirely in his house? The scenes would be absolutely unique because as the homeowner, he knows every inch of the house and how he could use its eccentricities to get an advantage during a break-in.

“Instead of just imagining a generic house and thinking ‘This happens, then this happens,’ I walked through a story room by room,” Connelly says. “My house helped write the picture.”

“Hair & Makeup, Wardrobe, and Special Effects were all in the guest cottage,“ says Rochelle Boström, a New York-based actress who plays one of the farm’s owners. “The horse paddock was crew parking! No part of the property was left unused.”

Connelly calls it a “narrative experiment, a dare,” but the final product is a straight-up classic thrill ride.

Down for the experiment were Ned Luke, best known as the voice of Michael in the mega-selling video game Grand Theft Auto and Slate Holmgren, just coming off a role on Broadway starring alongside Daniel Craig. “Usually on set there’s so much waiting, driving from one location to the other,” Luke says. “On American Gothic it was one scene to the next, no downtime.”

“I wanted to write a story that used every aspect of our house, which sits on twelve acres of farmland,” adds Connelly. “But that didn’t mean it just takes place on a farm. In my mind, Hollywood films are all about magic, and the magic here was to create a highway, a forest, a house, a dungeon… all aspects of the script.” In fact, Connelly reports the film’s plot was planned out based on the layout of the 300-year-old home.

“Their powder room was built over an old basement stairwell,” Holmgren says, “and that blocked off door behind the toilet became a plot point. When I read the script I thought it was clever, but I had no idea it was a real part of Stuart’s house.”

The attention to unique detail turned into efficiency, according to producer Mary Jo Barthmaier. “If Stuart had to write that scene and find a location or build it, that would kill the budget,” she says. “Instead, it was right there, and the scene becomes something we’ve never seen in another home invasion film.”

Shooting in the indie “guerrilla style” but having access and a plan meant that American Gothic, which was made very efficiently, could seem like a much more expensive film, Barthmaier says.

According to MovieMaker Magazine, American Gothic can “hold its own against indie horror films costing 10, 20 times the money.”

And the additional time freed up by this homespun strategy allowed the production to really focus on character, a rarity with lower-budget genre fare. “It has some of the best, most complicated characters I’ve seen in movies for a long time,” says Mark Barthmaier, who heads up the cast as an escaped convict desperately looking for a hideout. “Horror or otherwise.”

The film, which won the Best Horror Feature award at the 2016 Atlantic City Film Festival, has enough twists and turns to satisfy fans of thrillers and enough scares to give the most die-hard horror freaks something to sink their teeth into. 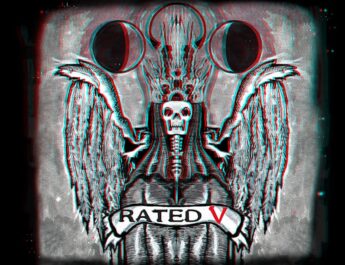