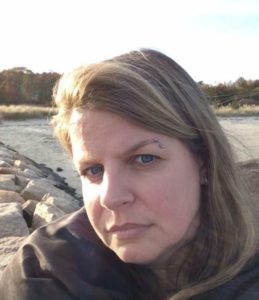 -Elaine: I have always been drawn to horror. My maternal grandmother read Edgar Allan Poe tales to me as bedtime stories, so I was introduced to the spooky and macabre at a very young age. Today, I turn to horror as a way of “letting off steam.” After a particularly stressful week, there is nothing I love more than climbing into bed, pulling the covers up, and putting on a really scary movie. It relaxes me.

-Elaine: I have always written horror. When I sit down to write that is what comes out. It may have started as a way of mimicking those Poe stories I was exposed to.

-Elaine: Women in Horror Month is so gratifying. When I was in a writing program in college, people reacted so oddly when I said I wanted to write horror. One professor even suggested that he could “save me” from horror and help me to write literary fiction. Not only was there this sense that horror was a “lesser” genre, there was the added suggestion that it was something that women didn’t do. WIHM has done an amazing job of acknowledging just how many women are involved in horror and love the genre. What I appreciate most is how many men are willing to step aside in February and turn over their blogs and podcasts to give more women a chance to share their love of horror.

-Elaine: As a young reader, I read mostly male writers and was very uneducated about all of the wonderful women writers out there. Still, I would say that what has really inspired me is that connection I have made with other contemporary women horror writers. We “chat” with each other on social media and I see all of the innovative and imaginative projects they are working on. That helps to light a fire under me and shake off the inertia.

-Elaine: I am showing my age here, but I remember when Near Dark came out and everyone was talking about it having a woman director. And Kathryn Bigelow went on to make other “testosterone driven” films, but that Near Dark moment was revelatory to many of my male friends. It wasn’t that revelatory to me, I was more like, “See, her breasts have no impact on how she expresses herself artistically.” The slasher films of the 90s gave rise to the tropes of the “final girl” and the “scream queen,” so we are culturally recognizing a place for women within the genre, but progress is slow and too often it is one step forward and two steps back.

-Elaine:I am hoping we move away from the “final girl” and “scream queen” realms and are recognized as active and equal contributors. Women are still depicted in subordinate roles in horror films and horror stories, but hopefully that will change. Maybe we need a woman horror writer to match the popularity of Stephen King. We have certainly had women in film reach high levels of success. Maybe this “Time’s Up” movement will level the playing field. I am always hopeful and optimistic but, again, progress in terms of human nature is painfully slow.

-Elaine: I have a zombie novella, The Blood Lights, being published by Sirens Call Publishing in the very near future. Past projects are on elainepascale.com or https://www.amazon.com/Elaine-Pascale/e/B003MRXUCS/ref=dp_byline_cont_book_1

We would like to thank Elaine Pascale for taking the time to answer our questions, but more importantly for her contribution to horror! 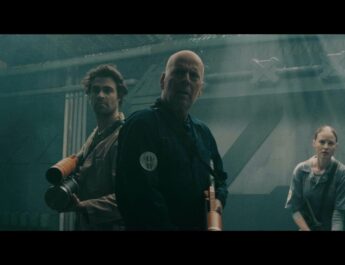 Official Trailer and Poster for BREACH – In Theaters, On Demand and Digital December 18th 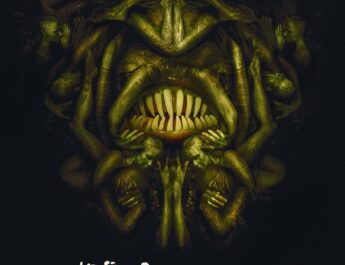