The anticipated sci-fi thriller Chimera starring Henry Ian Cusick, Kathleen Quinlan and Erika Ervin a.k.a. Amazon Eve will have its North American Premiere on Wednesday April 11th as the Opening Night Feature of the 2018 Boston International Film Festival (BIFF). The attending audience will enjoy the distinguished presence of Oscar® and two-time Golden Globes nominated actress Kathleen Quinlan, LGBT-rights advocate and actress Erika Ervin and first-time writer-director Maurice Haeems. They will all walk the red carpet and participate in a Q&A after the screening. 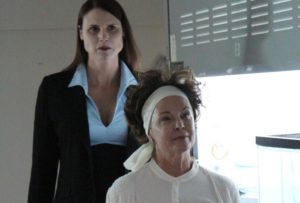 Chimera was filmed entirely in Massachusetts for which the producers give thanks to the assistance of the MA Film Office and to the tax credits offered by the MA Department of Revenue. Most of the production’s below-the-line crew and supporting cast are from the region and/or have ties to the state. Given Chimera’s deep connections to Boston and Massachusetts, the film’s North American Premiere is fittingly taking place on Opening Night at the 2018 BIFF.

“We viewed Chimera not just as a stunning piece of genre filmmaking, but as a fascinating character study and an exploration of love and loss, obsession and redemption. We loved the sincerity and intensity of the performances and the way the creative elements came together to produce a compelling cinematic experience,” says Patrick Jerome, the Executive Director of the festival. “It gives me great pleasure to present the North American Premiere of Chimera at the Opening Night of the 2018 Boston International Film Festival,” he concludes.

Actress Kathleen Quinlan brilliantly portrays her character Masterson, the story’s antagonist. “There was a corporate greed and a voracious disregard for life I found intriguing with Masterson,” she says about her villainous role. “She perceives everything and everyone as her prey,” she adds.

To commemorate Chimera’s North American Premiere the producers are pleased to release a brand-new teaser and trailer.

Chimera recently had its World Premiere at the prestigious Fantasporto International Film Festival in Portugal, one of the top “Genre” festivals in the world. After its North American Premiere in Boston, the film will continue its tour in other cities.

About Chimera:
In Chimera, Quint, a brilliant but disturbed scientist performs dangerous experiments and tests risky procedures on his children (including transplanting animal organs and editing their genome). When their condition continues to deteriorate, he freezes them alive to suspend the progression of their deadly genetic disease. Convinced that the secrets of immortality are encoded within the Turritopsis jellyfish, he races against time to save his children by decoding the jellyfish’s DNA.

“Chimera adds a new voice to the debate on human stem cells, animal testing, and genetics, as well as raises important philosophical questions about humanity, mortality and morality,” says director Maurice Haeems. “One of my goals was to hold up a mirror to the viewers, so they could ask these questions to themselves. By having a single-minded focus on a distant end goal, however important it may be, does one’s lose sight of right and wrong? Even in the pursuit of the most altruistic goal, can we condone the crossing of ethical boundaries?” he adds.

Chimera’s intimate yet high-profile cast includes Henry Ian Cusick (Quint), Kathleen Quinlan (Masterson), Jenna Harrison (Charlie), Karishma Ahluwalia (Jessie), and Erika Ervin (Gruze). The children at the center of the plot, Miles and Flora, were very close to the project, as Raviv Haeems (Miles) is the director’s son, and Kaavya Jayaram (Flora) is the producer’s daughter.

Maurice continues to be enthralled by advancements in biotechnology, the extension of human lifespans, and the science-fiction of immortality and transhumanism. He has completed the screenplay and begun development on his second feature (The Archetype) which further explores these themes and their impact on the human experience. 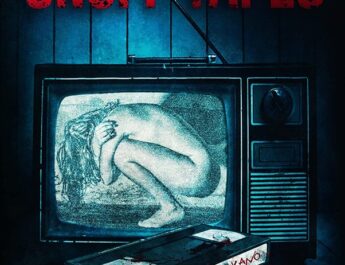