“On behalf of the entire Chimera team, I would like to thank the jury, the programmers, the staff and the volunteers at BIFF and PFF for their warmth and hospitality. We are thrilled, honored, and humbled to have been recognized by these prestigious events. Now we are looking forward to our upcoming screenings at London, Bilbao and New York,” says director Maurice Haeems.

“As an aficionado of intelligent science fiction myself, I am honored to be a part of Chimera.” says lead actor Henry Ian Cusick, who plays a conflicted scientist named Quint in the movie. “Maurice Haeems has created a beautifully harrowing and thought-provoking sci-fi film, unique and surprising in equal measures. It stays with you long after the credits roll.” he concludes.

Praxis Media Ventures will next be premiering the controversial thriller in the UK at the SCI-FI London International Film Festival where Chimera is being honored as the Opening Night Feature. The team then flies to Spain to screen Chimera at FANTBILBAO – The Bilbao Fantastic Film Festival, and a few days later will return to the US for an official selection at the NYC Independent Film Festival.

About Chimera:
Chimera is a genre-bending thriller, set many years into the future, which incorporates elements of sci-fi and horror. Quint, a brilliant but disturbed scientist, performs dangerous experiments and tests risky procedures in an attempt to save his dying children (including transplanting animal organs and editing their genome). When their condition continues to deteriorate, he freezes them alive to suspend the progression of their deadly genetic disease. Convinced that the secrets of immortality are encoded within the Turritopsis jellyfish, he races against time to save his children by decoding the jellyfish’s DNA.

“Chimera adds a new voice to the debate on human stem cells, animal testing, and genetics, as well as raises important philosophical questions about humanity, mortality and morality,” says director Maurice Haeems. “One of my goals was to hold up a mirror to the viewers, so they could ask these questions of themselves. By having single-minded focus on a distant end goal, however important it may be, does one lose sight of right and wrong? Even in the pursuit of the most altruistic goal, can we condone the crossing of ethical boundaries?” he adds.

Maurice continues to be enthralled by advancements in biotechnology, the extension of human lifespans, and the science/fiction of immortality and transhumanism. He has completed the screenplay and begun development on his second feature (The Archetype) which further explores these themes and their impact on the human experience. 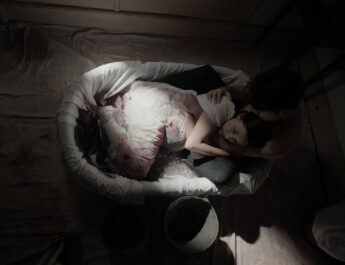 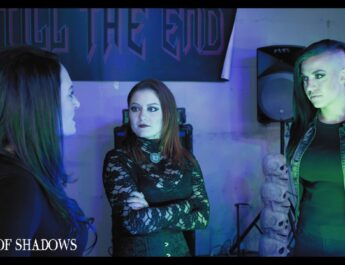