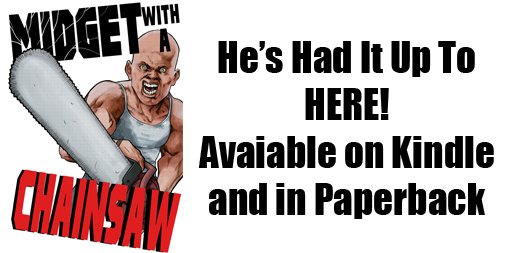 The Grindhouse Chronicles series is heavily inspired by Grindhouse/Direct to VHS film from the 70s and 80s. They are filled with eclectic heroes, outlandish villains, and over the top violence that is synonymous with the genre. If Cannon Films had made a horror themed grindhouse version of the MCU, it would have looked something like this. 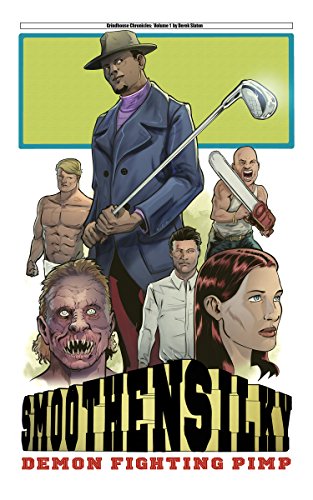 Demon fighting never looked this good. Smoothen Silky and his rag tag band of Agents gear up to fight their most intense adversary yet; a Legendary Demon hell bent on destroying the human race.

“SMOOTHEN SILKY: DEMON FIGHTING PIMP is such an entertaining piece of Grindhouse/Pulp Fiction that I hardly know where to being to describe it. First of all, if the title doesn’t grab you then go on back to your Jane Austin and leave this one alone. But if you’re a fan of 1970s/1980s Grindhouse Movies then you’re definitely the audience for this one. You’ll know exactly where Mr. Mason draws his influences from and you’ll go along for the ride.”

“Derek Slaton understands that if you want to write a Grindhouse novel then you have to write it in a visual, cinematic style and he certainly does so.”

“Reading SMOOTHEN SILKY: DEMON FIGHTING PIMP gave me the same feeling I get when I watch a really good B-Movie and that’s probably the best recommendation I can give it: it’s the best B-Movie I’ve read in quite a while. Enjoy.”

Enjoy it today by getting your copy at:

And then don’t forget to read book 2…

Agent Rose is missing, and an Ancient Vampire is taking over a small town. Only TnT, the Midget with a Chainsaw, stands between him and his goal of a vampire army capable of destroying the country!

New books are coming soon so stay updated by following the series on Twitter, and “Liking” its Facebook page!

THE FURIES Available on Demand, Digital HD, DVD and Blu-ray on March 3