The most berserk and deranged creature feature in history! Alamo Drafthouse’s American Genre Film Archive, the largest non-profit genre film archive in the world, and Something Weird are excited to announce an July 10, 2018 release date for the GODMONSTER OF INDIAN FLATS Blu-ray. After a successful Kickstarter campaign in 2015, AGFA purchased a 4K film scanner to create new digital transfers of titles from the Something Weird library. GODMONSTER OF INDIAN FLATS is the fourth release of dozens in this partnership, following THE ZODIAC KILLER, BAT PUSSY, and Ed Wood’s THE VIOLENT YEARS.

Just when you thought it was safe to go back to the petting zoo, you meet . . . GODMONSTER OF INDIAN FLATS! Written and directed by infamous outsider artist Fredric C. Hobbs (ALABAMA’S GHOST), this is the story of an eight-foot-tall toxic sheep monster that blows up gas stations, smashes crooked politicians, and terrorizes stoners! From the surreal “wild west” locations to the outrageous monster effects, GODMONSTER OF INDIAN FLATS is easily the most berserk, out-of-control, and inexplicably deranged creature feature in the history of forever. This includes the scene where the Godmonster crashes a children’s picnic. “Get the straight jackets ready,” said AGFA advisory board member Frank Henenlotter. “GODMONSTER OF INDIAN FLATS is one of the weirdest, wackiest, oddballest monster movies ever made!” 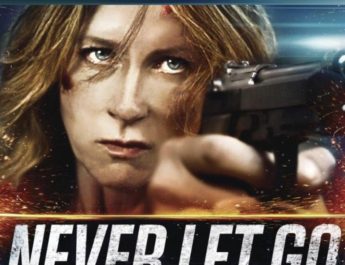 A Very SUSPENSE-ful Christmas – Have a Hacking, Whacking Christmas