After weeks of investigating, Ryan and his unsettled friends hope to wrap up the mysterious disappearances around the neighborhood. Between hair-raising home videos and evidence of vampires, who knows if they will make it out alive, or at least make it out human…

Here are two clips from this week’s finale episodes:

Episode 11: In this clip from “Youtopia,” Ryan tries to warn Viv of Alex lurking in her home. He goes and tries to confront Alex but faces dire consequences.

Episode 12: Nica takes Ryan and Viv to a warehouse where their vampire master asks them to report to, but they get confronted by their former friends, out to make the two humans one of their own.

Didn’t catch the entire season or want to binge watch? The full season is available on Myx.com.

Series synopsis:
Mysterious kidnappings are happening in Ryan Magno’s neighborhood, and the latest sudden disappearance claimed his brother and two friends. As he discovers clues of their possible whereabouts through a series of his own filmed footages, he begins to unravel a mystery far bigger than their tight-knit community—a mystery as immense as the world of the Lunas, Sangres and Lobos.

Episode 11 synopsis: Ryan and Viv defend themselves against a friend turned enemy as their lives hang in the balance. The battle for survival starts.

Episode 12 synopsis: Will love prevail in the end? 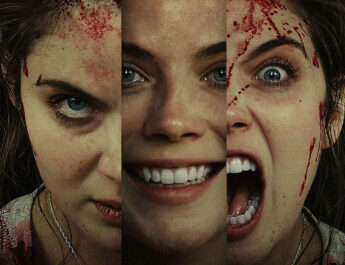