Only Lou Simon can turn breast cancer even darker, as the 3: An Eye for an Eye director admits in this exclusive interview. 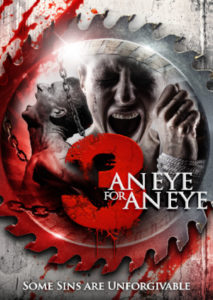 -PH: How did this project come to you, Lou? Your idea?

-Lou: It was a convergence of different things that happened at the same time. I wanted to make a film with a very limited cast so that I would then get a chance to really work with the actors. At the same time, the actress that plays She, Aniela McGuinness, had a double mastectomy and posted the pictures on Facebook. That got the wheels turning about a rape victim who exacts revenge on her rapist who has disfigured her. (I know, only I can turn breast cancer even darker.) Aniela was supposed to star in “All Girls Weekend” when she was diagnosed with breast cancer, and I had promised to write a role for her as soon as she was better. So this was written around her.

-PH: And was this a personal story at all..?

-Lou: I can’t really say that it was. I had to do a lot of research on the different topics and mental disorders addressed in the film. It was quite an eye-opener.

-PH: What were you looking for in your actors?

-Lou: Aniela was a given, and I had wanted to work with Todd again since he was in HazMat. He had approached me about producing my next film with me, so he was a given as well. Mike Stanley was a very pleasant surprise. Two other actors had turned down the part of the possible rapist, and he nailed his audition. I can’t imagine anyone else playing that role now. 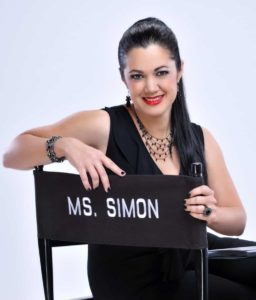 -PH: How would you describe the tone?

-Lou: It’s definitely very dark. There aren’t many light moments in this film. In the basement, someone is being interrogated and tortured. In the house, someone is dealing with the aftermath of being raped. There are only a couple of parts where people seem to chuckle.

-PH: How different do you think the film would’ve been if a major studio had made it?

-Lou: Definitely big named stars and bigger sets. The story would not have been affected much though.

-PH: How do you turn off at the end of a day after shooting some of those more emotionally gruelling scenes?

-Lou: We all stayed together in the house where we were filming, so after we wrapped for the day, there were several hours of drinking beer and socializing. If you didn’t know the subject matter of the film, you would not have guessed it from our after hours. Having made several films together, we have a little film family and have each other for support and comfort.

3 : An Eye for an Eye is on VOD through Uncork’d Entertainment

“Another Yeti A Love Story: Life on the Streets” Coming February 14th