SHUDDER HAS MORE HORROR THAN ANYONE ELSE THIS HALLOWEEN
WE’RE NOT BRAGGING. IT’S JUST TRUE.

Shudder is all you need to get your fill of frights this Halloween season. With a new scary movie premiering every week, the leading premium streaming service for thriller, suspense, and horror kicks off the fun beginning September 10 and running through Halloween.

“We’re taking Halloween to an unprecedented level this year with a killer lineup of seven original and exclusive films that starts with the breakout movie REVENGE and culminates with the shocking slasher SUMMER OF 84,” said Shudder General Manager Craig Engler. “We’re also premiering the hit U.K. series True Horror, launching season 3 of Channel Zero and bringing back amazing classics like John Carpenter’s Halloween and a massive Hitchcock collection.”

The season begins with Shudder’s VENGEANCE IS HERS collection on September 10. Hell hath no fury like a woman scorned, and the femme fatales of these films are no exception. Headlining the collection is REVENGE, a Shudder Original that delivers a razor-sharp feminist subversion of the revenge-thriller, available starting September 13.

Shudder also has a killer classics selection in October with THE HALLOWEEN COLLECTION, available October 1, featuring John Carpenter’s landmark film Halloween plus Halloween 4, Halloween 5, and Tobe Hooper’s legendary film The Texas Chainsaw Massacre. The very next day, Shudder delivers a treasure trove of tales from the master of suspense himself. THE ALFRED HITCHCOCK COLLECTION, debuting October 2, includes Psycho, Vertigo, Rear Window, The Birds, The Man Who Knew Too Much, Rope, and Shadow of a Doubt.

Look out for Shudder at a number of fan events throughout October. Shudder’s New York Comic Con panel on October 4 features exclusive sneak peeks and discussions with the stars and creative minds behind upcoming premieres. Follow along on social media for live coverage throughout the panels. If you’re looking for a more up-close-and-personal experience, visit Shudder’s booth to encounter the Meat Servant from CHANNEL ZERO: BUTCHER’S BLOCK – preferably before your next meal.

In Los Angeles, find Shudder’s booth at LA Comic Con from October 26-28 for swag giveaways, and join Shudder every Saturday in October at Street Food Cinema for special screenings. 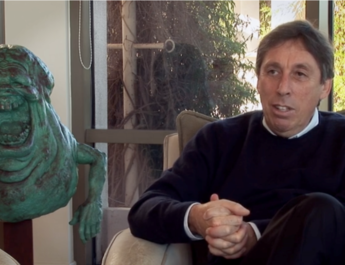 Crackle Announces the Premiere of Original Documentary “Cleanin Up the Town: Remembering Ghostbusters”