The spookiest time of year is fast approaching and Nerdist and Geek & Sundry are teaming up again for another season of scares during NERDOWEEN, an annual celebration of all things eerie, macabre, and just plain weird. Throughout this ominous season, NERDOWEEN will frighten and entertain once again with a full lineup of ghastly programming on Legendary Digital Networks’ Alpha, this year with three new series, Bizarre States: California, Vampire: The Masquerade – L.A. By Night, and The Dark Side. See below for just some of the hair-raising highlights:

NEW SERIES – Vampire: The Masquerade – L.A. By Night
The Vampire: The Masquerade – L.A. By Night chronicle follows after the events of the Vampire: The Masquerade – Bloodlines video game, in which the Camarilla clan failed to install a new Prince of Los Angeles. Since then, they never stopped their attempts to reclaim the city as their own. Another player in the power struggle is clan Ventrue, led by Vannevar Thomas, who has declared himself Los Angeles’ new Prince. Blood, politics, and betrayal sit at the foundation of the City of Angels. This new series stars Erika Ishii (as Annabelle), Cynthia Marie (as Nelli G), B. Dave Walters (as Victor Temple), and Alexander Ward (as Jasper Heartwood), each player representing a different character from a different clan with their own motives and moral drivers. The first two episodes have entertained thousands of fans and received immensely positive responses.

NEW SERIES – The Dark Side
The Dark Side explores the dark and twisted truths lurking behind the most iconic faces of pop culture. From your favorite movies, shows, holidays, cartoons, and even breakfast treats, Jess and Bowser bring you the terrifying truths, salacious details, and behind the scenes haunts. New episodes of The Dark Side are available now.

We’re Alive: Frontier Season 2
We’re Alive: Frontier starts its second season this October. Geek & Sundry’s post-apocalyptic adventure follows a band of survivors as they journey into the infected American Midwest. Based on the award-winning podcast, We’re Alive: Frontier features five new characters and countless ways to die! Catch up with the intrepid crew of the Rail Driver and see how long they’ll be able to say “We’re Alive”!!! As a teaser for all fans, Episode 0 will be available to those with and without an Alpha subscription.

Nerdist Presents
The creative team behind Nerdist Presents will offer a special “Interview with Other Vampires” that’s sure to be a bloodsucking fun time!

Nerdoween is presented by Bizarre States. New Alpha members can sign up at www.projectalpha.com with the promo code “BIZARRE” for a special free 60-day trial.

Additional details are below my signature, but let us know if you have any questions on NERDOWEEN and click here to catch up on past NERDOWEENs. Thank you for your consideration in sharing this information with your readers!

About Nerdist
Nerdist is a multi-platform media and entertainment network for fans of genre and pop culture content. With flagship content including Nerdist News hosted by Jessica Chobot, weekly shows Because Science and The Dan Cave, and daily in-depth editorial coverage, Nerdist reaches millions of people every day on Nerdist.com and on leading platforms including the premium streaming service Alpha, YouTube, Facebook, and the Nerdist Podcast Network. Nerdist is owned by Legendary Entertainment and is part of Legendary Digital Networks, which also includes Geek & Sundry and Amy Poehler’s Smart Girls.

About Alpha
Alpha is a leading premium streaming entertainment service from Legendary Digital Networks that offers access to fully interactive live and on-demand channels, exclusive shows, and a suite of innovative features that empower fans to experience the programming they love in a unique and personally customizable way. Since its launch in 2016, Alpha has given members unprecedented access to engage directly with on-air personalities and form immersive communities around their passions. Alpha’s slate of original and exclusive shows includes Talkin’ Toons, Sagas of Sundry, Painters Guild, Because Science, Bizarre States Los Angeles, and Critical Role. Try the Alpha experience commitment-free for 30 days at www.projectalpha.com. 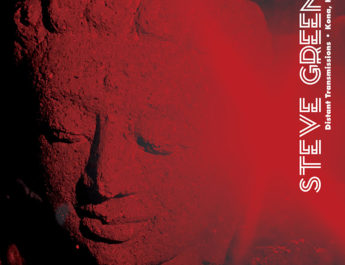