A new horror comedy written by Natasha Zierhofer and directed by Sheila Macabre. Amelia has terrible luck with all love matters while her best friend and flatmate Jo has all men falling for her instantly. Obsessed with her childhood crush Julian, she decides to visit Luna, an unconventional spiritual healer, who helps turn her life around – with the help of some “harmless” Sex Magick. The play has strong visual comedy, grotesque and clowning elements, as well as black magic, sexual healing, satanic and indigenous rituals and cross-dressing, as Amelia goes all out in the pursuit of love. Sex Magick is being performed at Barons Court Theatre 15th-20th October 2018 at 19:30pm (14:30pm Saturday matinee) and at the Bread and Roses Theatre 21 & 22nd October 2018 at 19:30pm.

“Natasha Zierhofer has a way of talking about obsession and sex which cuts straight to the point.” (Comedian Meryl O’Rourke). 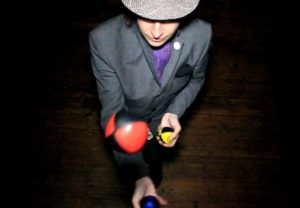 About Primal Theatre
Primal Theatre is a new theatre company formed by Natasha Zierhofer. She has been producing and performing with company Theatre Illogica since 2016 in a variety of dramatic and comedic productions. The name Primal Theatre has come from the urge to create pieces that reflect human experiences at their core. We aim to strip theatre of the superfluous and bring it back to what it should be – burning, truthful and instinctive – like fire.