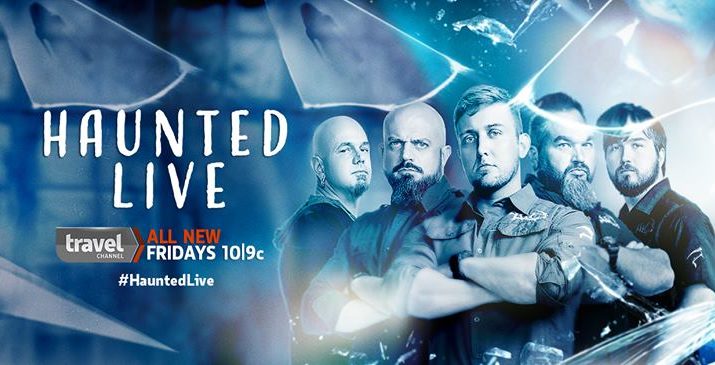 Haunted Live “10-12-18” – Premieres Friday, October 12 at 10 p.m. ET/PT
The Tennessee Wraith Chasers check in to The Walking Horse Hotel in Wartrace, Tennessee. Considered by many to be one of the most haunted hotels in the country, this historic inn is closed to the public and infamous for the supernatural hold it has on every person that walks through its doors. Tragic deaths, natural disasters, financial hardships and rumors of murder and suicide have plagued the Walking Horse Hotel, leading many to wonder if the land itself is cursed. Originally built in 1917, its dark halls were a hotbed for illicit dealings and drunken violence among poor railroad workers. In 1942, a young girl named Emily mysteriously fell off a balcony and plummeted to her death. In the years that followed, the hotel fell into disrepair, beset by fires and floods. Guests constantly reported sensing the presence of little Emily, being touched, pulled, and punched by spirits, and even seeing full bodied apparitions. The energy in this hotel constantly shifts, as if spirits are checking in and out, but a malevolent darkness always lingers on the third floor. Now, the hotel is in the midst of undergoing a renovation in hopes of finally reversing decades of misfortune. These renovations have kicked up paranormal activity and it seems like it’s not just Emily who is making her presence known. With his business on the line, the new owner is bringing in the Tennessee Wraith Chasers to find out how to stop these spirits from terrorizing new guests.

ABOUT ‘HAUNTED LIVE’
Viewers are invited to join the action in “Haunted Live,” a live interactive paranormal investigation series featuring paranormal experts, the Tennessee Wraith Chasers, and hosted by Jamie Kaler. The team – Chris Smith, Steven “Doogie” McDougal, Scott Porter, Brannon Smith and Mike Goncalves – relies on a unique combination of scientific method and spiritual faith to navigate investigations. Each week, they’ll reveal a new haunted location to the public and utilize their skills, technology and unique experiments to capture evidence of paranormal activity in a live and unfiltered paranormal investigation. Through an on-location live video stream, viewers can monitor the investigation activity on Travel Channel’s Facebook Live platform and comment on any findings in real time, directing the team where to investigate next. Fans can follow Travel Channel’s social media pages and visit Facebook to join a special pre-hunt Q&A with the Tennessee Wraith Chasers. #HauntedLive [Hour-long episodes]

ABOUT TRAVEL CHANNEL
For the bold, daring, and spontaneous; those adventurers who embrace the thrill of the unexpected; those risk-takers who aren’t afraid of a little mystery; if you’re up for anything, down for whatever, and above all, love great stories, journey on to Travel Channel. We’re more than you expect and everything you didn’t know you were looking for. Reaching more than 82 million U.S. cable homes, Travel Channel is the world’s leading travel media brand. Fans also can visit Travel Channel for more information or interact with other fans through Facebook, Twitter, Pinterest and Instagram. Travel Channel is owned by Discovery, Inc., a global leader in real life entertainment whose portfolio also includes Discovery Channel, HGTV, Food Network, TLC, Investigation Discovery and OWN: Oprah Winfrey Network. 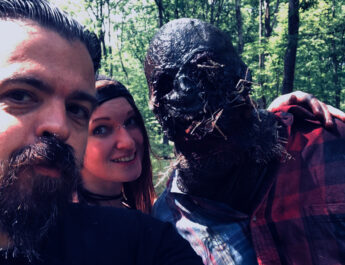 Scarecrows Rising, Cops from Amityville & More: Filmmaker Geno McGahee Speaks About His Past, Present & Future on the Basement