Halloween is coming and here is the preview of the new horror album from composer Chris Rena called ‘Evil Doll‘, and coming this October, 19th…

“WOE, that is astounding and very good!! AMAZING work!!!”

You can now pre-save the album on Spotify here:

More samples of his work include…

Music from the motion picture ‘Emma’…

And from his first album…

“Truly unnerving too the core…”

Chris started to work as a graphic designer in 2008 for several clients including fashion and jewelry designers, sportsmen, and Dj’s. He began studying 3D at the E-Tribart Institute and then worked on the “Iron Man Armored Adventures” series. His passion for character and creature design logically enabled him to specialize in this field. He also worked on the animated series “The Garfield show”. Chris also worked for independent companies and clients on projects of character/creature design and 3D print. Passionate about the world of 3D, film, make up, and VFX, he’s got a constant desire to learn and improve his skills. He’s also ZBrush character/creature design instructor for the E-Tribart Institute, Digital Tutors …

As a creature designer and horror movies fan, he started to compose some creepy dark music for trailers, film, tv and video games. His first horror music album “Scary” realeased on all digital major stores! Chris has also signed with US labels such as ‘Frontier Trailer Music’ and ‘Revolt Production Music’, part of the SPM Music group for upcoming horror albums… 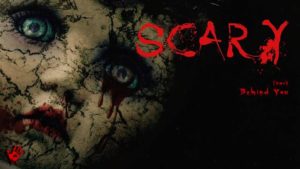 -Find out more about his music