Whatever you do, don’t press play! Shudder, AMC Networks’ premium streaming service for thriller, suspense and horror, today launched its first scripted podcast series Video Palace. Created exclusively for Shudder by Nick Braccia and The Blair Witch Project producer Michael Monello, co-written/directed by Ben Rock (20 Seconds to Live, Alien Raiders) and co-written by Bob DeRosa (Killers, White Collar), the 10-part series chronicles a young couple’s investigation into the origins of a mysterious VHS tape and the infamous video store from which it came. All episodes of Video Palace, along with 5 extended interview scenes, are available now on Shudder exclusively for its members. Episode 1 of Video Palace is also available to non-members on Apple Podcasts and other platforms, where subsequent episodes will be released weekly.

“Shudder is the preeminent destination for fans of horror and suspense, and we’re thrilled to launch our first scripted podcast for our members,” said Craig Engler, General Manager of Shudder. “With Video Palace, Nick Braccia and Michael Monello have created a mysterious, compelling and unique story that will draw listeners in from the opening moments and keep them hooked.”

Video Palace tells the story of video collector Mark Cambria who after watching a recently acquired VHS tape, begins talking in his sleep in a mysterious language. Mark and his girlfriend Tamra set out to investigate the tape’s origin and find themselves caught up in a web of conspiracy, the occult, and dread surrounding a legendary video store with a sinister purpose. Starring Chase Williamson (John Dies at the End) and Devin Sidell (31) along with Bonita Freidericy (Preacher), Larry Cedar (Twilight Zone: The Movie), Leon Russom (A Quiet Place) and Justin Welborn (Beyond the Gates).

“We are thrilled Shudder chose Video Palace as its first original scripted podcast because Shudder’s audience is filled with people like us: passionate fans who are fascinated by the obscure, the rare, and the weird” said creators Michael Monello and Nick Braccia. “And ultimately, Video Palace is a story about the perils (psychological and physical!) of our own obsessive minds and the subcultures in which we dwell. We hope you enjoy it.”

Video Palace is written/directed by Ben Rock and written by Bob DeRosa and produced by Liam Finn (The Revenant, Midnight Movie) with Executive Producers Michael Monello, and Nick Braccia. 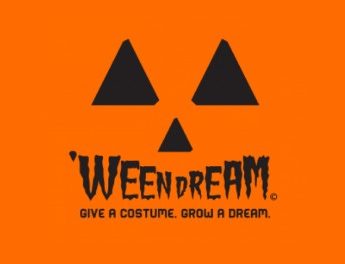