“The Complete History of The Howling is an insightful overview of the dysfunctional film franchise written with passion and humour!”
– Scott Weatherly, 20th Century Geek

For the first time ever MIAMI FOX PUBLISHING presents the complete account of one of the most popular and iconic legendary film franchises in cinema history. When The Howling premiered in 1981 the film introduced cinema-goers to an all-new kind of movie monster – shocking, visceral, graphic and relentless. Spawning seven popular sequels to date, the series has become the most prosperous werewolf franchise of all time.

“Bryn is nothing less than exhaustive in his approach to the material.”
– Horror Screams Video Vault

The Complete History of The Howling paperback from bestselling author and Hall of Horror inductee Bryn Curt James Hammond (A Case for Murder: Brittany Murphy Files) is the first book to chronicle the making of all eight feature films and take an in-depth look at the film’s source material by Gary Brandner, which began life in 1977 as a trilogy of books. It contains interviews with many of the surviving members of each production.

The Complete History of The Howling A4 glossy is richly illustrated and presents stunning pictorials recalling a quarter-century’s worth of behind-the-scenes stories – the struggles, feuds, foibles, controversies and calamities.

Fully illustrated with never-before-seen photos, with a foreword by Philippe Mora (Howling II: Your Sister Is a Werewolf, Howling III: The Marsupials), an all-new unofficial story arc by Nick Stead (Hybrid) and an editorial pictorial by Bill Forsche (A Nightmare on Elm Street 4: The Dream Master), along with tracing the complex history of the wolf men from their earliest origins, this is the ultimate oral and visual memoir of the most successful werewolf horror franchise in the history of motion pictures.

“A definitive compendium behind the scenes of the most successful werewolf franchise ever, MUST READ!”
– Philip Rogers, Blazing Minds

“Delving equally into the series instead of concentrating primarily on the original, the book gives a detailed coverage of all the films. But thanks to Bryn’s writing style and sharp sense of humor, the information doesn’t feel overloaded with a monotonous and detailed list of facts, figures and dates.”
– Philip Rogers, Morbidly Beautiful

“The Complete History of The Howling never feels weighed down by facts and figures thanks to Bryn’s writing style and sharp sense of humour, which gives the coffee table glossy a natural flow that has been absent in many books of this type (The Hellraiser Films and Their Legacy) to date.”
– Horror Screams Video Vault 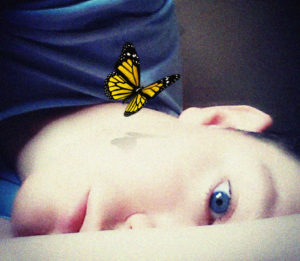 Hall of Horror inductee Bryn Curt James Hammond is an eminent writer of non-fiction literature. His best-selling book A Case for Murder: Brittany Murphy Files examines the days and actions of people surrounding the 8 Mile actress leading up to her untimely death and the death of Simon Mark Monjack. The series A Case for Murder additionally recounts other high-profile sensational deaths considered a crime in the public’s court of opinion, including Aaliyah, Anna Nicole Smith and Heath Ledger.

Bryn Hammond’s latest paperback, The Complete History of The Howling, investigates the pop culture phenomenon of the Howling franchise, spotlighting each film in the series and investigating the controversy surrounding their making and their crimes to cinema. This is the first book to focus exclusively on the franchise and its author’s body of work, and it undertakes a comprehensive analysis of their depictions.

In previous lives, Bryn Hammond has worked as a magazine editor (GZ Magazine), teen model and has appeared in several feature films. He grew up among the ironworking foundries and forges of the West Midlands and now lives in the East Midlands with his two cats and fish in a house that’s constantly overflowing with books, music and film memorabilia.

Buy The Complete History of The Howling & A Case for Murder Brittany Murphy Files: 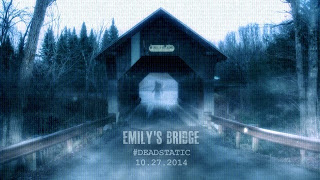