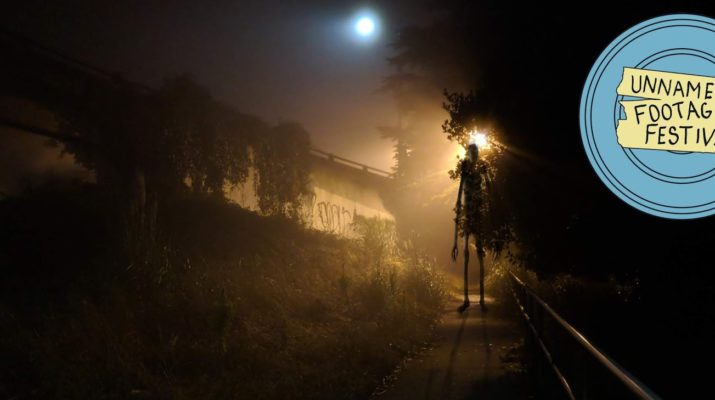 The Unnamed Footage Festival emerges from a dormant state to announce that it will be returning to the Bay Area in 2019 to celebrate the most divisive subgenre of horror offer once more. This announcement follows the appearance of an unmarked box containing a collection of unraveled film canisters and a near indecipherable notebook on the street in the Richmond District of San Francisco. Those who discovered the box were able to conclude that it was related to the Unnamed Footage Festival, and that the notebook was the key to the riddle. Seeking the assistance of local code-breakers and busybodies, it was determined that the message scrawled in the notebook gave the details for the upcoming festival, which will be return to the historic Balboa Theatre on Friday, February 22 and Saturday, February 23 in 2019. The frantic notes also confirmed the festival will be expanding for its second edition, adding an opening night “Calibration Party” on Thursday, February 21st. Upon wiping away congealed grime on the inside of the front cover, the words “Submit” and “FilmFreeway” became legible. Sadly, a name written next to a printed section labeled “Please Return To” remained too damaged to make out.

When contacted to comment on the interactive publicity stunt, UFF representatives grew uneasy, stating that the box had gone missing shortly after the first festival. They added relief that the box had resurfaced, and advised everyone who came in contact with it to wash their hands.

Along with the two day program of the film festival, which will include more short films, new features, classics, and under-the-radar gems, the UFF staff did confirm the Calibration Party will take place at the Artists’ Television Access (ATA) in the Mission District. The party will kick off with a screening and an intimate conversation with a filmmaker, followed by a reception with complimentary wine & beer. Further details on the event will be announced, along with ticket sales, in the coming months.

UFF programmers continue their search for new, old, and lost films that fall under the category of Found Footage Horror, Faux Documentary, or first person Point of View (POV) Cinema, even expanding the range to include Social Media Found Footage. “The stigma surrounding this subgenre is thicker than ever,” said the familiar UFF spokesperson. “With our second year, we aim to prove that there is a well of fascinating found footage horror films to be discovered. Fans and new converts will be very excited to see what we’ve dug up, and how it showcases the merit and creativity of this filmmaking style.”

Submissions for UFF2 will be accepted until January 11, 2019. Short films, anything under 40 minutes, are $10 to submit, while features are $20. “Many filmmakers start with found footage and then try to forget about it. Why not screen it to the right audience in a dark, spooky theatre instead?”

Submissions are now being accepted through Film Freeway: https://filmfreeway.com/UnnamedFootageFestival

Badges will go on sale in early 2019. Follow the Unnamed Footage Festival on Facebook, Twitter and Instagram for updates. Updates will also be released as they become available on the weekly Overlook Hour Podcast.

The Overlook Theatre is a San Francisco Bay Area based site whose focus is promoting local and indie events to cultivate a sense of community among genre film fans. In addition to weekly screenings and film release highlights, group film reviews, and think piece editorials, their weekly podcast, The Overlook Hour, provides an intimate platform for filmmakers and others involved in the horror industry to discuss their craft. Listen to interviews with filmmakers and discussions on overlooked films on iTunes, Stitcher, or SoundCloud. 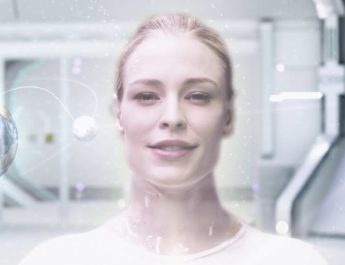