Here are some of the horror DVD/Blu-Ray releases for March 5th!

When the ’80s one-hit-wonder glam-metal band Sonic Grave embarks on a road trip to Coachella in hopes of a comeback, their peyote trip pit stop in Joshua Tree incites a grisly attack, and they must “rock” themselves out of harm’s way.

A teenage girl and her father travel to a remote alien moon, aiming to strike it rich. They’ve secured a contract to harvest a large deposit of the elusive gems hidden in the depths of the moon’s toxic forest. But there are others roving the wilderness and the job quickly devolves into a fight to survive. Forced to contend not only with the forest’s other ruthless inhabitants, but with her own father’s greed-addled judgment, the girl finds she must carve her own path to escape.

A shocking revelation turns a teenage boy’s world upside-down in this chilling look at the evil that can lurk below even the most wholesome surface. Tyler Burnside (Charlie Plummer, All The Money In The World) is a Boy Scout, a volunteer at his local church, and the dutiful son of an upstanding, community leader dad (Dylan McDermott, American Horror Story). Only one thing troubles the quiet Kentucky town he lives in: the unsolved murders in which ten women were brutally tortured and killed by a psychopath known as Clovehitch that rocked the community more than a decade ago. When Tyler discovers a cache of disturbing images in his father’s possession, he begins to suspect that the man he trusts most in the world may be Clovehitch … and that his deadly rampage may not be over. With unrelenting tension, director Duncan Skiles crafts a picture-perfect vision of the American family … and then rips it to shreds.

Somewhere between dreams and reality lies a terrifying hidden truth … Reeling from the shock of their young daughter’s death, Ben (Stephen Dorff, Blade) and Hazel (Melissa George, Hunted) attempt to restart their lives in a picturesque seaside village. But when the girl begins appearing to Ben in a haunting recurring dream, he becomes convinced that she is attempting to make contact from beyond the grave and that his nightmare may hold the key to bringing her back to life. As Hazel begins to fear for her husband’s sanity, they are each drawn into a mystery far beyond their understanding. This tantalizing psychological puzzle plumbs the depths of grief and guilt as it unravels the dark secret at its center.

After the untimely death of their old college pal, five friends (and one new girlfriend) descend upon the Wisconsin summer home they frequented in their 20s. The creep factor at the cabin is high, with a thumping in the crawl space, blood spurting from the pipes, and a cockroach infestation in the guest bedroom. When a storm moves in, trapping them in the woods, they find themselves faced with the ultimate human dilemma, to kill or be killed, in order to make it to morning.

A group of friends at a New Year’s Eve bash in the Valleys must fight against an invasion force of time travelling aliens. In this dark and funny Sci-fi Horror, the new year’s resolution on everyone’s lips is to stay alive.

The pastor of a landmark church is the sole hold-out in a Philadelphia neighborhood earmarked for gentrification. But soon, the spirits of congregational members past begin to make their displeasure known. Who are the righteous among them?

Arthouse meets Horror meets Nazis in this creepy Norwegian ghost tale. Set in the Second World War, two German soldiers are escorting a Norwegian soldier and prisoner of war but the Scandinavian winter takes quite a toll on them. Nearly frozen, Nazi officer Kreiner and German soldier Fleiss discover an empty house near the forest where they finally can get some rest. However, what seems to be a warm and welcoming shelter turns much more sinister and deadly. They begin to wonder if they have somehow have stepped into a sort of psychological Hell from which there may be no escape.

The movie Tokyo Living Dead Idol was directed by Yûki Kumagai. Tokyo 27-ku’s the hottest pop group around, but when singer Kamiya Miku (Nana Asakawa) gets bitten by a zombie, she goes from being on top of the charts to the top of the most wanted lists! With just 72 hours until the sizzling chanteuse becomes a shuffling zombie, Miku’s only hope is finding a serum that might possibly cure her. Unfortunately, if Miku can’t reach the antidote in time, she’s going to transform from songbird to a dead bird singing in the middle of the night. Evading paparazzi and zealous fans is nothing compared to being pursued by teams of professional zombie hunters, the police and hordes of the living dead! 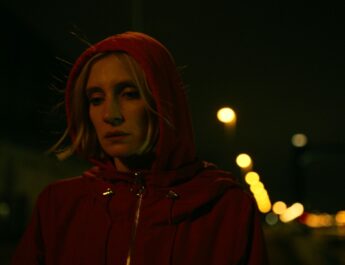