‘A Quiet Room in Walthamstow’ stars Ellie Woodruff-Bryant (Best Supporting Actor in a Female Role, Julian Awards 2016) and Lily Smith (‘Homeless Ashes’). The film tells a story of a newcomer to London that has to deal with rising rents, intimacy issues and a other worldly landlord. It’s an horror film about the housing market.

The film was written and directed by Brazilian filmmaker based in London Tiago Teixeira (‘Wrong Number’ – FRIGHTFEST 2018 Official Selection and Screenwriter for the HBO show ‘El Hipnotizador’). Tiago is currently developing a feature film version of the short with his production company Void to Vortex.

‘A Quiet Room in Walthamstow’ is produced by Henrique Fazzio (‘Wrong Number’). It includes a score by electronic pop artist Lia Mice, was shot by Korsshan Schlauer and cut by award-winning editor Ricardo Saraiva (winner of the Cannes Short Film Palm D’or for LEIDI).

Apart from the London neighbourhood mentioned in the title, the film was actually shot in Peckham, South London, but our hearts (and fears) will always be in Walthamstow. 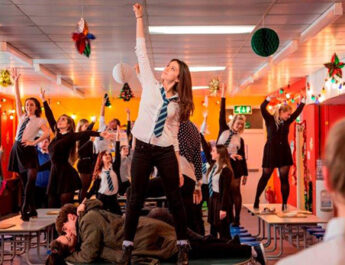 ANNA AND THE APOCALYPSE on Horror Channel

THE NIGHTS BEFORE CHRISTMAS – Playing at FrightFest 2020