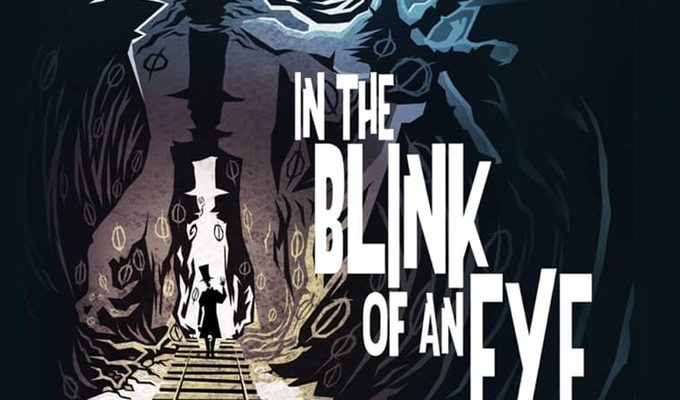 The Blink Man / Peeping Tom stories center around an old train tunnel near Ellicott City, MD. It’s said that if you can stare down the length of the Illchester Tunnel for an hour, without blinking, precisely at midnight, Peeping Tom will appear. Once you’ve seen him, he can’t be unseen. Every time you blink, he gets closer and closer, until he’s the last thing you see.

In The Blink of An Eye includes the following stories:

Caught in an eternal midnight, a reckless teen questions the choices that brought him face to face with his own destruction.

A man traumatized by war turns to a hypnotist for relief, but the hypnotist learns the true cause of the man’s trauma and makes a horrifying decision.

A holy man with one eye scarred and always open journeys to the Illchester Tunnel and sees an awful figure off in the distance.

A student decides that her favorite teacher’s untimely death wasn’t suicide, but rather the result of a meeting with the Blink Man.

And many other bone chilling tales…

Erik Kristopher Myers is the creator of The Blink Man mythology and director of the motion picture, “Butterfly Kisses”.

Find out more information about “In The Blink of An Eye” at
https://www.kickstarter.com/projects/roxtonpress/in-the-blink-of-an-eye