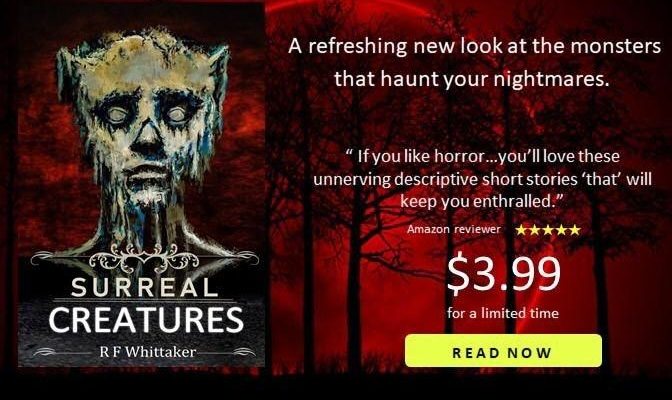 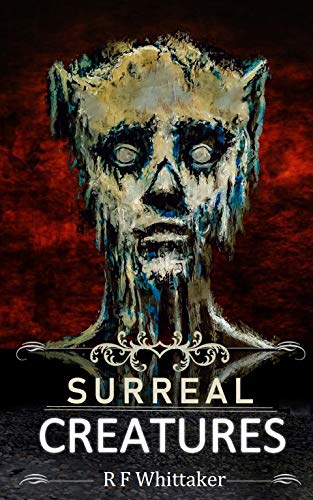 Jinni: A burglar looking for a raise to pay off a ruthless loan shark gets more than he bargained for when he breaks into his next door neighbour’s house. His neighbour is dead and a sinister voice within the corpse is offering out wishes in this brutal novelette. “Jinni has the same dark, ominous, and most of the times twisted, imagery that you remember from Whittaker’s other works, but with a “fresh” new subject matter and storyline.”

Vampire: A social recluse cannot believe his luck when he is seduced by a beautiful woman with mysterious hypnotic powers. His first night of passion has more in store for Dominick than a notch on his bedpost, and the transformation that follows has devious consequences. “Though this a short story, it packs quite a punch! It’s steamy, and it’s funny, and it’s well worth the read. I love all of the awkward situations in which the characters find themselves. With Whittaker’s talent for painting pictures with words, I found myself alternately chuckling and gasping in horror.” 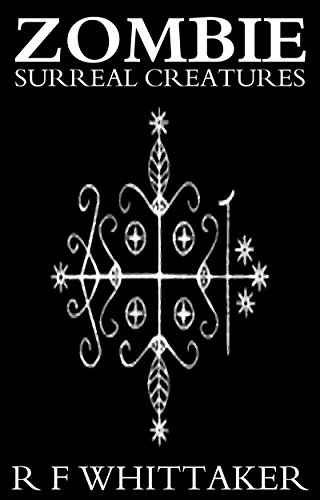 Zombie: A little boy goes missing, and in her grief, his mother resorts to Voodoo magic to find him. A unique tale told through the eyes of the killer, the grieving mother, the troubled father, and the dead boy himself. “Told from the perspective of each of the main characters, this is a unique approach to the zombie phenomena. It contains several violent and disturbing scenes, described in detail. An excellent read from a talented writer, who clearly enjoys his craft.”

Spider: A family in rural England terrorise the animal kingdom at will for years, until one day Mother Nature decides enough is enough and unleashes a giant spider on the unsuspecting Witherbys. “I don’t want to give too much away but R F Whittaker did his homework on the ways spiders act and what abilities they have and put them into monstrous form.”

Werewolf: An infamous tale that shocked and disgusted some readers. A woman is tormented by the curse of the monster that killed her husband and violated her during their honeymoon. Her recovery, not without incident, is disturbed by a cut-throat gang of Travelers that hold her captive in a shipping container until the full moon. “Whittaker really messed with different themes and messed with my head as well while reading.” 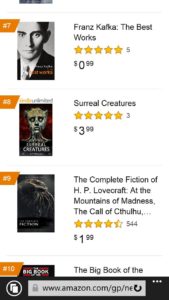 “If you like horror you’ll like these short stories. Has jinni in a body, Vampires, zombies, werewolves, and a gaint spider. You’ll love these unnerving 😬 descriptive short stories, will keep you enthralled.” 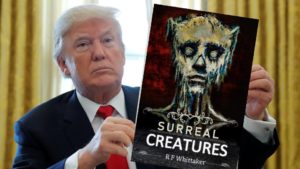 Meet Larry. For twenty years he has been prowling the land in a hunt for the most nefarious criminals whom he murders and delivers to The Devil.

Larry’s work has been going smoothly over the years but one day he discovers a little girl by the name of Ellie who is being held captive by a ruthless gang of child molesters’. With his doting new friend, Larry is about to embark upon a journey of brutal retribution that will take him right out of his comfort zone and into the dangerous world of child prostitution.

“First, I love this book! It grabs you from the beginning and doesn’t let go. It does deal with some disturbing subject matter, but do not let that hold you back from giving this a read.”

“I loved this book. Scary, creepy, terrifying at times I literally couldn’t put it down once I started reading. I’ve read this author before and he has yet to disappoint.”

“If you have the stones to do it, read this book ASAP! As always, it is, once again, an amazingly written adventure, with incredibly graphic details that sucks you right in. Definitely a wild adventure of a read! If you read Whittaker, be sure you read this one! You’ll be glad… and probably slightly disgusted… that you did !! 😉 Brilliantly horrific: that’s the Whittaker way!!”

R F Whittaker was born and raised in Birmingham, UK. A prolific writer of short stories and novels, he is known for his eye for detail, dark imagination, and macabre twists that, more often than not, have a visceral impact on the reader.

“I just like to tell the stories that come to me. Often they arrive from out of nowhere, which in my book (no pun intended) is a blessing. They are a gift from above, sent to me, to give to you. Enjoy them. Don’t destroy them!”

You can find all of author R F Whittaker’s books at: 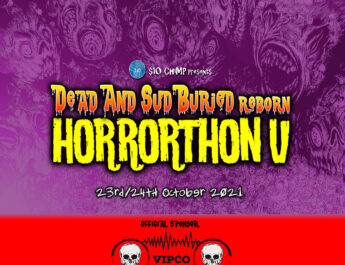 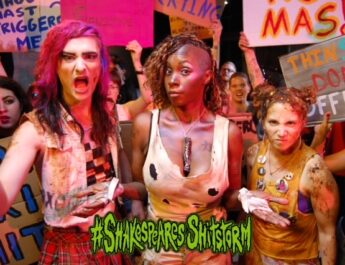