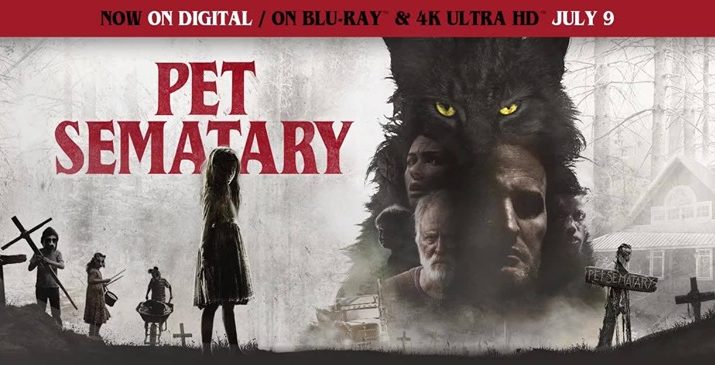 Here are some of the horror DVD/Blu-Ray releases for July 9th!

Based on the terrifying novel by highly-acclaimed author Stephen King (It)… After the Creed family relocates from Boston to rural Maine, they soon discover an ancient burial ground hidden deep in the woods near their new home. When tragedy strikes, the grief-stricken father is driven by the cemetery’s sinister power, setting off a perilous chain of events that unleashes an unfathomable evil with horrific consequences. Some secrets are best left buried in this twisted thrill ride.

Following reports of human life on Infant Island, the supposedly deserted site of atomic bomb tests, an international expedition to the heavily-radiated island discovers a native tribe and tiny twin female fairies called “Shobijin” who guard a sacred egg. The overzealous expedition leader kidnaps the Shobijin to exhibit in a Tokyo stage show but soon they summon their protector, hatching the egg and releasing a giant caterpillar. When Mothra arrives in Japan and finally transforms into the ultimate beast, impervious to modern weapons, the nation and its people face their destruction.

A woman, Rose, goes in search for her adopted daughter within the confines of a strange, desolate town called Silent Hill.

A 4K Restoration! A group of strangers, mysteriously gathered at an isolated country estate, recount chilling tales of the supernatural. First, a racer survives a brush with death only to receive terrifying premonitions from beyond the grave. Then a teen’s innocent game of hide-and-seek leads to an encounter with the macabre. Next, a young couple purchases an antique mirror that unleashes a horrific power from its past. In a lighter vein, two competitive golfers play for stakes that may haunt the winner forever. Finally, a renowned ventriloquist descends into an abyss of madness and murder when his dummy develops a mind of its own. But even after these frightening tales are told, does one final nightmare await them all? Britain’s venerable Ealing Studios brought together four brilliant directors, Charles Crichton (The Lavender Hill Mob), Basil Dearden (The Mind Benders), Alberto Cavalcanti (They Made Me a Fugitve) and Robert Hamer (It Always Rains on Sunday) to create this classic chiller that remains one of the most influential horror films ever made. This is the uncut and complete UK version of Dead of Night, now newly restored in 4K from original archival materials for the first time in decades.

One of the scariest movies of all time has returned from the grave. Watch the all-new Pet Sematary, based on Stephen King’s terrifying novel. Also, experience the original horror classic from 1989.

An obsessive astronomer and a curious artist form an unlikely bond which leads them to a profound, scientific discovery.

In the future, prisons have been turned into online portals where paying subscribers get to vote on what felons eat, watch, wear and who they fight. Panopticon TV is so successful it is about to be rolled out to a whole new town. When the world’s most downloaded felon escapes, the authorities set a trap to reel him in. The bait is his little brother who has so far managed to avoid detection.

David and Sarah are siblings, separated for many years after the mysterious death of their parents. The scars of the past of still there for both even though they have moved on to successful lives: David is a fitness teacher and Sarah is an archaeologist. Sarah admits to David that she contacted him for a reason: a mysterious parcel containing a book on the occult written in a strange language that she received from their Uncle Simon, the last surviving member of their father’s family. Sarah enlists David to accompany her to their uncle’s house to assist her in translating these old spells and understand the strange dreams she is having between the past and the future. At the same time, three criminals are on the run after attempting to flee the country and also end up at Uncle Simon’s house. Soon, the five people find themselves in a situation that leads them straight into the depths of Hell. And the dead are not happy… . In French with English subtitles. 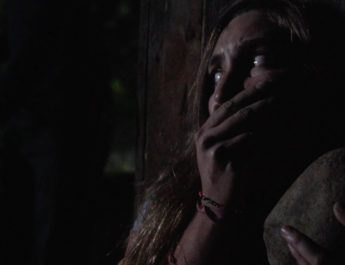 Terror Films will Release a Trio of Horror Films this October 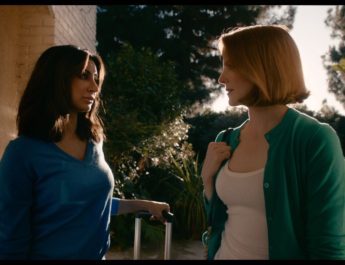