MVD ENTERTAINMENT GROUP and RUE MORGUE have teamed up to launch the MIDNIGHT MOVIE SOCIETY, a curated Subscription Video on Demand (SVOD) service specializing in Extreme Underground, Taboo and Cult Horror movies. Now genre fans can gain access to a film library of shocking underground, outrageous gore, creature features, cult classics and much more. Those with a taste for the weirdest and wildest reaches of genre cinema will not be disappointed!

“The bigger platforms are catering to the masses and have gone puritanical in many cases, making it very difficult for filmmakers to reach their audience,” says Ed Seaman, C.O.O. of MVD ENTERTAINMENT GROUP. “MVD has a great deal of this type of content and when it is live on major platforms, it performs really well. Maybe too well for some of the mainstream platforms.”

MIDNIGHT MOVIE SOCIETY will also cater to more traditional horror fare as well, pulling from the thousands of film hours from in MVD’s vast catalog. In addition, RUE MORGUE will also be finding and curating fresh and unusual content for the service.

“As larger streaming platforms continue to crack down on content, there’s an urgent need to create a space for boundary-pushing films unencumbered by strangling content restrictions,” said Adrianna Gober, Director of Programming. “As a lifelong horror fan, I’m proud and excited to be working with MVD Entertainment Group and genre champions Rue Morgue Magazine to bring Midnight Movie Society to the masses.”

“We’re thrilled to be partnering with MVD to give fans access to films that are becoming increasingly harder to come by,” commentedRodrigo Gudino, President of RUE MORGUE.

Rob Hyman, MVD’s Digital Director says, “Working with Rue Morgue is a dream so far. They are a household name amongst horror fans, and we anticipate our SVOD service and selection will be embraced by their fans.”

MIDNIGHT MOVIE SOCIETY will be available for $4.99 per month, or $47.88 per year subscription, and will launch on iOS, Roku and web on Friday the 13th, September 2019.

MVD ENTERTAINMENT GROUP is a full-service music and movie distribution firm, exclusively representing thousands of audio and visual products for DVD, Blu-ray, CD, vinyl, and digital rights, worldwide. MVD also exclusively distributes a growing line of merchandise including limited edition collectibles, tee shirts, and more. The company stays on the cutting edge of new media with a huge catalog of audio and visual digital rights, and by nurturing its direct relationships with the major digital and VOD platforms. 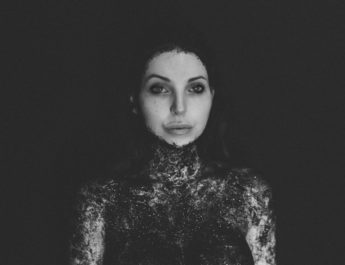