Join us at the NY premiere of our new
Joe R. Lansdale Documentary
All Hail the Popcorn King 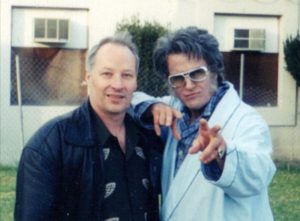 “Lansdale talks like he writes, and you don’t want to look away. He’s a storyteller, and that lends itself to a documentary. Hansi Oppenheimer makes the film a visual feast to go along with the verbal one, just as rich in walking us back through time. Vintage footage of drive-in movies and intermission concession ads create a feeling of nostalgia that works well with Lansdale’s rememberings.”
Lynn Zubernis, Fangasm

“Documentary films about authors are few and far between. That’s chiefly because the act of putting pen to paper or fingers to keyboard isn’t anyone’s idea of high drama. Not so with New York-based documentarian and self-professed fangirl Hansi Oppenheimer’s All Hail the Popcorn King, a tribute to and examination of Joe Lansdale, the Lone Star State’s “writer of the purple rage.” Lansdale’s genre-defying, outrageously prolific curriculum vitae – some 50 novels, 500-plus short stories, comic books, screenplays, and not least his own brand of “martial science,” aka Shen Chuan – makes for an absorbing portrait of an artist whose imagination knows no bounds. Whether it’s on the screen (Bubba Ho-Tep; Sundance TV’s adaptation of Lansdale’s long-running Hap and Leonard series of novels) or on the page, the life story of this 10-time Bram Stoker Award-winning “Champion Mojo Storyteller” from the piney woods of Nacogdoches is every bit as extraordinary as any one of his artistic endeavors.”
Mark Savlov, The Austin Chronicle

“When everything’s said and done, All Hail the Popcorn King paints a vivid picture of an iconoclastic creator who isn’t just a talented writer, but seems to be a genuinely good person, to boot The interviews included here are in such a down-to-earth, conversational manner that you can’t help but just get drawn in by his charisma and sense of humor. If you’ve never read anything by Joe R. Lansdale, I can’t imagine watching this and not being compelled to go grab the first book you can find and dive right in. Hell, I’ve read a fair chunk of his work and this made me want to go back and reread everything while scouring bookshop shelves for the ones I haven’t found yet.”
Paul Brian McCoy, Psycho Drive-In 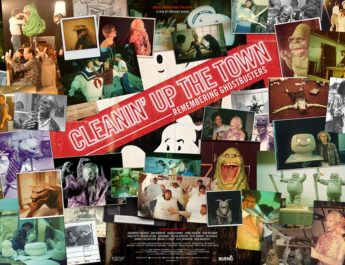