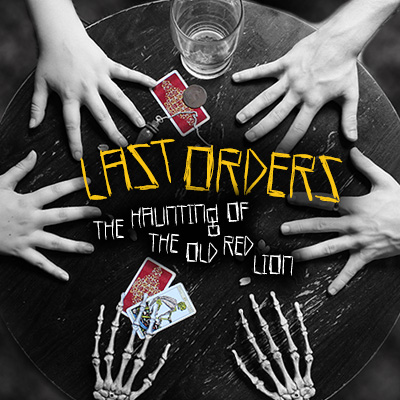 Since 1415 the Old Red Lion pub in Islington has welcomed countless visitors through its doors. And according to legend, some never left… These stories piqued the interest of The Knock Knock Club – a troupe of theatre-makers turned paranormal investigators – and so began a months long journey into the rich, unexpected, and reportedly very haunted history of the venue. Yes, all 600 years of it. This October, as part of the 2019 London Horror Festival, they will present their findings in Last Orders, a 70 minute docu-play performed within the very walls whose secrets it seeks to tell.

Combining traditional techniques like in-depth archival research and interviews with staff members past and present [including landlord Damien Devine, current artistic director Katy Danbury, and former AD Stewart Pringle], with the more outlandish – an overnight ghost hunt with professional paranormal investigators, and a séance – The Knock Knock Club have begun to knit together a colourful and chequered history of what is often alleged to be London’s oldest public house. Many a famous face has been rumoured to have sank a pint there, from a future Founding Father to a later communist dictator; political activist and key player in American Independence Thomas Paine wrote parts of ‘The Rights of Man’ under the shade of trees in its forecourt, and a young revolutionary called Josef Stalin would join Lenin there, checking in on the British Communist Party’s meetings which would be held in rooms upstairs. An urban myth says Lenin even tipped the bar staff to let him listen into the dumb waiter shaft to eavesdrop on these clandestine conversations, and it was in this same dumb waiter that he’d later hide to escape capture from the police.

The extra rooms above the Old Red weren’t just reserved for arguing the finer points of world-changing manifestos. Throughout its lifetime they’ve lived a variety of lives – the blood and sawdust of a boxing ring, the smoke and thunder of a billiards hall, as well as a perennial fringe theatre. The cellar was once even used as a morgue.

Such an incredible and rowdy history has obviously birthed stories of myriad hauntings. The Knock Knock Club have been chasing whether these stories are more than just excitable gossip shared over a late-night pint with a mix of enthusiasm, cynicism, and derring-do.

In June this year they, along with longtime ghost hunter Laura Goff and her team at Twilight Ghost Hunts, conducted an overnight haunt in the building – theatre, pub, and cellar. Armed with a plethora of equipment and techniques, from the analogue [planchettes, automatic-writing, Ouija boards, mirror-scrying] to the more cutting-edge [spirit boxes, laser grids, temperature guns, and night-vision cameras], they set out to communicate with – and maybe even capture evidence of – any phenomena that could be classed as ‘paranormal’. The data they collected – the things they saw and heard and experienced that night – proved every bit as strange and divisive as they could’ve hoped. This October they will unveil their research in their production of Last Orders: The Haunting of the Old Red Lion, with a healthy dose of theatricality. It promises to be a thrilling and fascinating show for true believers and dedicated doubters alike – that is, if you dare to join them…

This October they will unveil their research in their production of Last Orders: The Haunting of the Old Red Lion, with a healthy dose of theatricality. It promises to be a thrilling and fascinating show for true believers and dedicated doubters alike – that is, if you dare to join them…

Title: Last Orders: The Haunting of the Old Red Lion 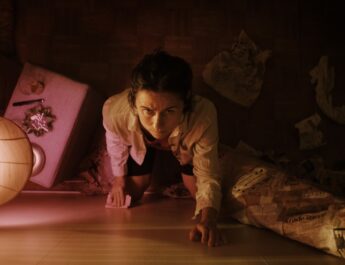