RLJE Films celebrated the TRICK premiere on Wednesday, October 9, 2019 at the TCL Chinese 6 Theatres as part of the Screamfest Film Festival. The premiere was followed by an after party at The Spare Room at the Roosevelt Hotel (7000 Hollywood Blvd, Los Angeles, CA 90028.)

In attendance from the film was Omar Epps (“House,” “This Is Us” Season 4), Kristina Reyes (“Blindspot”, “Shades of Blue”), Jamie Kennedy (Scream franchise), and Tom Atkins (Escape From New York, Halloween III: Season of the Witch) and director and co-writer Patrick Lussier (My Bloody Valentine, Drive Angry) and was directed by Lussier.

The special guest of the evening was Marlon Wayans (Scary Movie, White Chicks.)

TRICK will be in Theaters, On Digital and On Demand on October 18th. 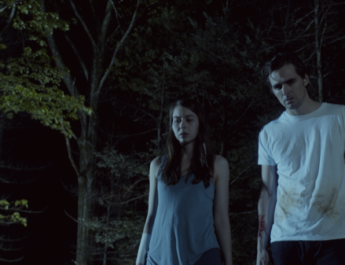