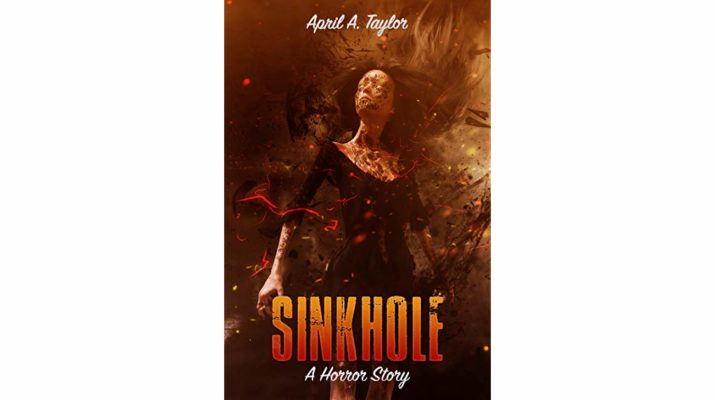 Could You Learn To Get Along With A Complete Stranger – Or Even Your Worst Enemy – To Save Your Life?

A sinkhole swallows a girl in Michigan. Fire shoots into the sky in Pennsylvania. Deer attacks leave people hospitalized in West Virginia. And this is all just the beginning of a catastrophic series of global events that will make you question everything you think you know about the planet, nature, and humanity.

From an award-winning, Amazon #1 best-selling author comes this harrowing tale of a world gone mad. Can anyone survive when Mother Nature unleashes her bad side?

“Not for the faint of heart…Shift[s] the perspective of what a horror novel really has the potential to be. Sinkhole is an intelligent and terrifying triumph in the world of horror fiction.”

“This book is very fast paced. The plot is both character and action driven, making for a very engaging read. It is set in several places across America, each experiencing a supernatural event that changes the character’s lives forever.”

“What an absolutely horrifying story. The world seems to be coming to a horrible end, and there is nowhere you can run and nowhere you can hide. If you survive, can you be redeemed? Can you ever sleep again knowing what can happen? With that being said, the awesome story teller has done it again.”

This horrifying story awaits you today at…

And then don’t forget to check out the book…

Named one of the BEST HORROR BOOKS OF 2018 by Inquisitr

Named one of 2018’s SCARIEST HORROR BOOKS by Ranker

Welcome to Cabin Green, where the setting is familiar, but the story is completely unexpected. A terrifying slow-burn that combines the literary Gothic prose of Shirley Jackson, Ambrose Bierce, & Thomas Tryon with the “what’s really real?” aspects of The Shining. Cabin Green has also been compared to the devastation of Hereditary and the socially progressive, ambiguous approach of Paul Tremblay.

Going to Cabin Green alone after the death of his fiancée was Ben’s first mistake. His second mistake was tempting fate by saying, “There’s no such thing as an evil building.” Now he’s caught in a nightmare of his own making deep in the woods of Northern Michigan. Even worse, a family history of mental illness makes it impossible for him to know if the ghosts haunting the cabin are real or all in his head.

“A spectacular read…absolutely gripping. I couldn’t force myself to put it down. Taylor did an excellent and meticulous job creating this story, forming imagery…invoking real emotion on the part of the reader.” – The Horror Report

“A breath of fresh air…instilling such a deep, feral fear of the unknown that Shirley Jackson would be proud. Taylor doesn’t pull any punches, and she refuses to play it safe, something that the horror genre could use a lot more of.” – Mangled Matters

Get your copy today at…

About Author April A. Taylor

The Haunting of Cabin Green is a #1 Amazon Best-Seller in Ghosts, Gothic, U.S Horror, & LGBT Horror. It was also #1 in U.S. Horror New Releases for three consecutive weeks. Cabin Green was the Top Vote Getter in the Horror/Suspense category of The Kindle Book Review’s Reader’s Choice Awards 2018 and a Runner-Up for Reader’s Choice Best Overall Book of 2018.

Both books in her Midnight Myths and Fairy Tales series became a #1 Best Seller in Amazon’s Canada store during March 2018.

Many of April’s books take their inspiration from real-life events. Local history is woven through the Alexa Bentley Paranormal Mysteries Series, and all of her novels/novellas contain at least one or two elements from the author’s life…

-Learn more about her

“The Terrible Two” Coming to VOD This March

EVIL DEAD: THE MUSICAL in SoCal!