The Unnamed Footage Festival has resurfaced to announce the lineup and highlights for its third year of in-world camera celebration, expanding to a four day event from February 27 to March 1. While the main slate of the festival will again be featured at the Balboa Theatre, two more quintessential Bay Area venues, the ATA and the Roxie Theater, will also host screenings.

This year’s Unnamed Footage Festival has expanded to four days and three venues, kicking off with a double feature of FEAR FOOTAGE. Opening the fest will be a chance to revisit THE FEAR FOOTAGE, followed immediately by the World Premiere of THE FEAR FOOTAGE 2: CURSE OF THE TAPE and a cocktail hour at our annual Recalibration Party at the Artist’s Television Access. On day two, UFF3 will relocate to the Roxie Theatre for a late night screening of MANIAC (2012), the rarely screened first person point-of-view reenvisioning of William Lustig’s controversial classic starring Elijah Wood.

Saturday and Sunday, UFF3 will return to its home base at the Balboa Theatre for the festival main slate, featuring a multitude of premieres, special screenings, and guests! This will include:

1984 VHS found footage legend, Dean Alioto’s UFO ABDUCTION — believed by many to be a real home video of an alien invasion. Director Dean Alioto will be in attendance at the festival for a Q&A after the film!

A badge holder exclusive, the first ever preview screening of LENSFACE, written and directed by Travis Zariwny (CABIN FEVER, BEHIND THE MASK, DIGGING UP THE MARROW), who will be in attendance.

The new film from Daniel Myrick (Co-writer and co-director of THE BLAIR WITCH PROJECT), SKYMAN graces our programming with a heartfelt character study of a man who had an encounter with an extraterrestrial and his journey to reconnect with it.

A celebration of the overlooked master of Japanese In-World-Camera narrative, Kōji Shiraishi, with rare theatrical screenings of NOROI: THE CURSE and A RECORD OF SWEET MURDER.

Of course, it would be criminal not to mention some of the highlights of our shorts programming:

Saturday’s closing night showtime will be opened with the world premiere of MONICA’S LAST DANCE, a horror comedy created by Dire Wit Productions (PIG PEN, BEYOND THE BLACK VEIL).

IN THE EYE OF THE BEHOLDER, an Italian short faux doc about the beauty you can find in disease, will be sharing its North American Premiere with us on Saturday.

Clarissa Jacobson, writer of the world renowned LUNCH LADIES short film and author of I MADE A SHORT FILM NOW WTF DO I DO WITH IT, will be in attendance to present her short faux doc A VERY IMPORTANT FILM, followed by a Q&A.

The full lineup of UFF 3 will soon be available at UnnamedFootageFestival.com, but festival badges are available now through Film Freeway (https://filmfreeway.com/UnnamedFootageFestival). A $60 festival badge will grant you access to every screening at every venue. Each purchase of a badge comes with the 2020 Edition of the Unnamed Footage Collectible VHS Box. This year’s box will feature exclusive festival pins, merch, and original art, including the first printing of the recently uncovered writings on the lost giallo RUSTED ANTS & IRON EYES, documented by journalist Samuel Pierce.

Weekend Day passes are also available for $35 each, and individual screenings will be available on the day of the event.

The Overlook Theatre is a bay area based site whose focus is promoting local events and cultivating a sense of community among genre film fans. In addition to weekly screenings and film release highlights, group film reviews, and think piece editorials, they have branched out into the podcast world, and are quickly coming up on the milestone two hundredth episode of The Overlook Hour podcast. To hear interviews with indie filmmakers and discussions on overlooked films, check them out on iTunes, Stitcher, or Soundcloud. 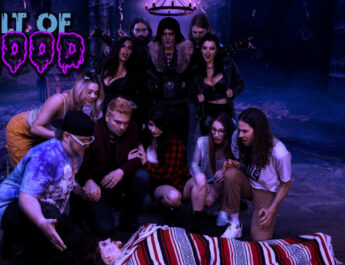 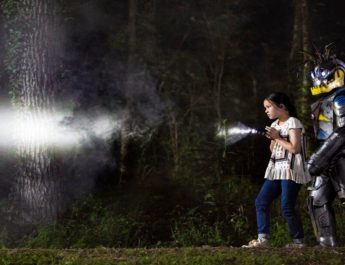