Earlier this week, 4EVR went online with this phenomenal introduction:

4EVR, directed by Sergio Pinheiro and written by Joe Fordham, a psychological tale of sadness, revenge, anger, and lust that is as complex as the media used in it. Cell phones, webcam, and Facebook meld with Polaroid photos and an outdated answering machine, which acts as an otherworldly device for the dead’s use to haunt the living. 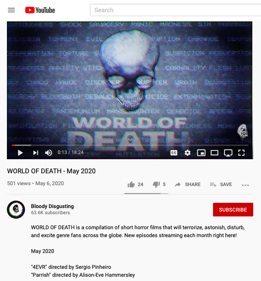 So, we’re now playing on YouTube where, at the click of button, we’re at the mercy of anyone with opposable thumbs.

That’s a scary thing for a filmmaker, pushing your newborn out of the nest to face the anonymous pollice verso on YouTube. In a self-reflective mood, I decided to make a record of where this little movie came from.

Sergio and I met at my first film festival show of The Glitch in Atlanta, 2008. While Glitch was an Outer Limits flavored science fiction short, Sergio’s The Procedure was a smart Twilight Zone style horror. We hit it off, and after a while we decided to pool our resources and make a short together.

I’d recently been attempting my next production, more sci-fi although in a different vein to Glitch, and I had shot some preproduction material with a wonderful young actress, Alana Kearns-Green, who I had encountered on the Glitch festival circuit. Sergio had recently purchased a new camera, a Mk II Canon 5D. When I lost the location for my new short, I proposed our collaboration – Sergio shooting and directing, me writing something new for Alana, based on one of the stories in my notebooks. We’d co-produce and split the costs. 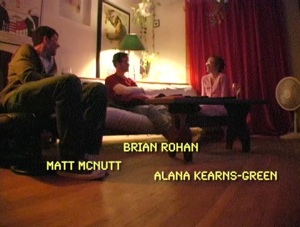 I drew up a list of about a dozen story ideas. We both agreed on horror, a mutual love, and Sergio picked my log-line, a ‘ghost in the machine’ idea, about what happens to the social media presence of loved ones after they are deceased. We watched Repulsion again together, and I turned out several drafts, which Sergio and his friends critiqued.

We ended up with what we felt was a pretty tight 12-page drama. Our focus was on character and backstory, with a haunting that relied more on subtext, mood and tension rather than explosive gore, but with a visceral sting in the tail. I pitched it to Alana. She sweetly admitted that scary movies were not her cup of tea. But she agreed to meet with us for coffee at Dupar’s in Studio City. Alana scribbled on her script, offered some ideas, and we were off to the races. 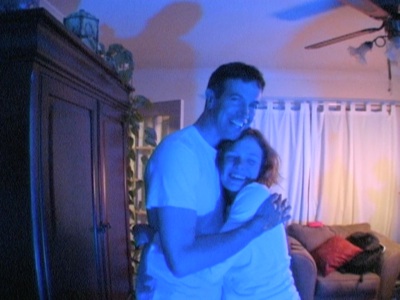 More brainstorming transpired as we knocked ideas around, working out the identity of Alana’s character, the sad and lonely Ginny, and her co-stars – her brother’s needy room-mate, Alastair (Brian Rohan), and Ginny’s brother, Mikey (Matt McNutt). Sergio and I had already thrown in some personal ideas – my confusion at a girlfriend whom, years ago, had an extraordinarily close relationship with her bother; and Sergio’s childhood fear of his mother’s sewing scissors. Alana, Brian and Matt all brought along their own ideas.

Our sweet and charming Brian – who had blown us away with his display of unhinged rage and paranoia in Richard Gale’s short film Criticized – made a brilliant Method acting suggestion. Before his first meeting with Alana, Brian quietly asked if he could meet his co-star in-character, adopting a shy and mysterious mien behind his horn-rimmed spectacles. Sergio and I agreed, and we kept Brian’s secret, allowing him to stealthily unnerve us all by maintaining his gaze a little longer than normal. 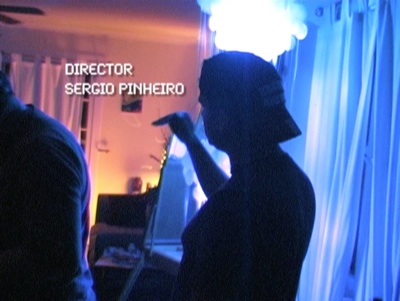 Alana, I knew, was a highly intuitive and professional performer, and while she remained polite and creatively engaged, she responded perhaps instinctively to Brian’s lingering stares, slinging barbs his way during their characters’ exchanges. We encouraged our three performers to improvise. While Sergio directed, I aimed my mini-DV camera, and Ginny’s sadness and irritation at Alastair made our skins crawl. Months later, on-set, the moment after we wrapped Alastair, Brian revealed his true nature to Alana, and it was like Clark Kent removing his spectacles. A wonderful moment that I captured on my fly-on-the-wall documentary camera.

Matt, we found through a lengthy casting call, seeking our all-American boy next door, the apple of his adoring sister’s eye. Matt had the task of playing a ghost, seen only in Ginny’s idolized memories of her brother, killed in a car crash. Matt came back with pages and pages of hand-written notes about Mikey’s childhood with Ginny, two loners who retreated into fantasy at an early age – Mikey was ‘Bear’ to Ginny’s ‘Bee,’ based on their costumed personas one fateful Halloween. 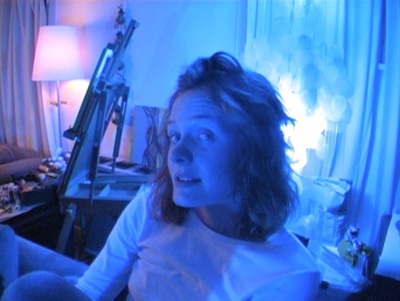 Many video workshops followed, with Sergio directing while I rolled tape, and then edited with sound effects and Bernard Herrmann music. Our ‘Three’s Company’ skit was one of my favorites. We got Ginny, Mikey and Alastair together in Mike and Alastair’s apartment, where the subject of Michael’s French-speaking fiancée arose to drive a wedge between them – Ginny’s jealousy of Sylvie, Michael’s defensiveness, and Alastair needling tensions in a bizarre attempt to corner Ginny.

We had some fireworks going by the time the actors got together on set, for our long shooting weekend. At least, that was the plan…

And watch the film below…