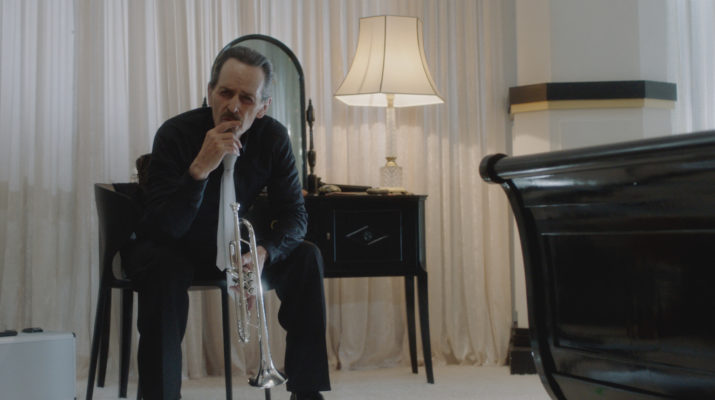 “This chaotic and violent opus directed with verve by Bruce McDonald ends up coming together perfectly. It emanates a very peculiar poetry and lyricism that make Dreamland one of the helmer’s most personal and free-spirited films to date.” Cineuropa

“Like a Canadian YOU WERE NEVER REALLY HERE, [DREAMLAND is] an exhilarating take on the hitman movie, where violence is not a cynical reliance but a poetic expression in the larger narrative scope, and where style jazzes up a log-line that only sounds like you’ve seen it before… extremely my kind of genre picture.” RogerEbert.com

A71 Releasing Inc. is pleased to announce the national release of beloved cinematic visionary Bruce McDonald’s latest picture, DREAMLAND, hitting Apple TV, Bell, Cineplex, Cogeco, Rogers, Shaw, and Telus l on May 29th, 2020. The release follows a busy festival tour which began with a riotous world premiere at the Brussels International Fantastic Festival in 2019 followed by the Fantasy Film Festival in Germany, the Torino Film Festival in Italy, and a thrilling North American premiere at the 2019 Fantasia International Film Festival.

Reuniting McDonald with collaborators from the 2008 cult favourite PONTYPOOL, DREAMLAND is written by Tony Burgess and Patrick Whistler. The film features a searing Stephen McHattie and Lisa Houle, returning to characters introduced in the post-end-credits coda of PONTYPOOL, Johnny Dead Eyes and Lisa the Killer. McHattie and Houle are joined on screen by Juliette Lewis – who starred in McDonald’s storied PICTURE CLAIRE – and iconic punk rocker, poet, and pundit Henry Rollins. 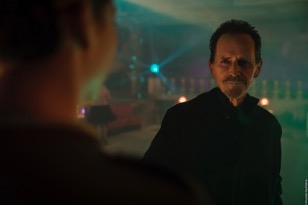 A surreal, darkly comic vision blending horror and fantasy, DREAMLAND follows reluctant hit man Johnny Dead Eyes (McHattie) who – on the orders of diabolical underworld kingpin Hercules (Rollins) – must cut off the pinkie finger of his jazz legend doppelgänger The Maestro (also McHattie). Johnny makes his way through a neo-noir cityscape populated with street urchins, vampires, and a crime queen called The Countess (Juliette Lewis), while – like all movie hit men – contemplating getting out of the game. But first he’s got to set a few things right…

The PONTYPOOL team had long wanted to get the band back together and McDonald felt strongly about creating a project for Stephen McHattie.

“Once in a while, in this movie game, we connect with people who are stars – and we are inspired to create just the right movie for them. This one is for the great Stephen McHattie,” says McDonald. The writers began with the PONTYPOOL coda characters in mind and were also inspired by a short McHattie starred in which he played Chet Baker in the last minutes of his life, The Deaths of Chet Baker. 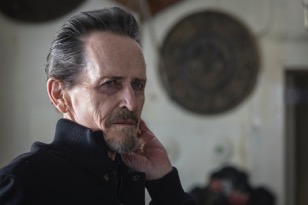 McDonald, speaking to inspirations for the film, adds, “Making the movie, I encouraged the team to embrace the Dream in DREAMLAND. We tried to keep a hatch always open to the subconscious. We tried to have instincts rule over logic. We embraced the guiding spirits of filmmakers Louis Bunuel, David Lynch, Peter Mettler, Bruce Weber, Rainer Werner Fassbinder – of poets Jim Carrol, Richard Brautigon – and of writers Williams S. Burroughs and Raymond Chandler – of musicians Chet Baker, The Eurythmics and Alice Cooper.”

DREAMLAND was shot in Luxembourg and Belgium with Director of Photography Richard Van Oosterhout, Production Designers Florence Vercheval and Eugenie Collet, and Costume Designer Magdalena Labuz. The moody jazz score, a character in its own right in the film, was composed by Jonathan Goldsmith (Away From Her, Take This Waltz.) 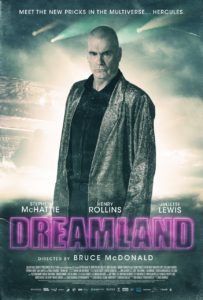 “We are very excited to bring this movie to audiences across Canada while people are looking for new content,” says A71 Releasing Inc. CEO Justin Rebelo. “DREAMLAND is the work of a director with complete command of his craft and relentless in his pursuit of artistic risk – and it carries on the genre legacy established by these collaborators with Pontypool.”

The film is executive produced by Rob Merilees, Michael Robson and Jim Sherry, alongside Morris Ruskin. Producers on the film are Amber Ripley of Vancouver’s Goodbye Productions, Jesus Gonzalez-Elvira of Luxembourg-based Calach Films, and Sebastian Schelenz of Belgium’s Velvet Films. 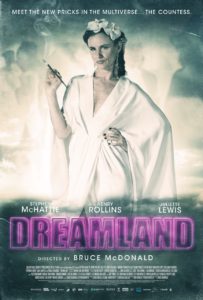 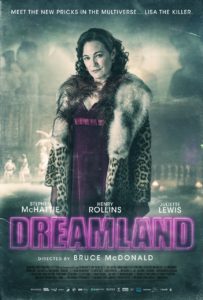 From the Fantasia Film Festival Catalogue –

“At long last, Canadian filmmaking great Bruce McDonald comes to Fantasia, and he’s brought a real doozy with him, his jazzy, darkly comic and offbeat DREAMLAND, which reunites him with Stephen McHattie for the first time since PONTYPOOL. They once again bring out the best in each other’s talents, with McHattie offering a pair of terrific, inspired performances and McDonald creating two memorable roles for him to make his own. They’re obviously relishing the opportunity to take this as far as they can and the entirety of DREAMLAND is on the same level, which is what makes it such fun to watch. It’s got familiar elements (gangsters, hit men, vampires) but the script by makes no attempt to hold to any kind of usual structure, delighting in its eccentricities, and is all the better for it. DREAMLAND is funny, weird and unpredictable, a delight for anyone looking for something that doesn’t adhere to the norms of conventional storytelling. In other words, it’s just right for Fantasia” – Matthew Kiernan

A71 Releasing is a global independent distribution and production company with a focus on Canadian film and television of all genres. A71 theatrically releases feature films in Canada while maximizing the monetization across all platforms globally with the in-house resources to self-finance and produce feature films and films made for television. Upcoming releases include Marie Clements’ RED SNOW, Bruce McDonald’s DREAMLAND, Agnieszka Holland’s MR. JONES, and Christian Sparkes’ HAMMER. 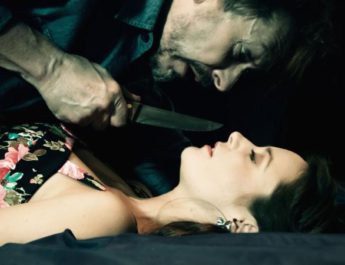 Get Caught in the FLYTRAP, on Digital HD August 23rd