Here are some of the horror DVD/Blu-Ray releases for May 19th!

Unaware of the terrifying history of Heelshire Mansion, a young family moves into a guest house on the estate where their young son soon makes an unsettling new friend, an eerily lifelike doll he calls Brahms. Katie Holmes stars as a mother who increasingly becomes uneasy and terrorized by her son’s new supernatural “friend.”

The enchanted lives of a couple in a secluded forest are brutally shattered by a nightmarish hippie cult and their demon-biker henchmen, propelling a man into a spiraling, surreal rampage of vengeance.

Frozen in ice, can the creature be brought back to live again? Horror great Peter Cushing stars in this fantastic tale as the monster’s creator, Baron von Frankenstein, determined to bring the creature back to life. Long thought destroyed, Dr. Frankenstein’s creation is discovered frozen alive and resurrected back in his laboratory. Unfortunately, the creature’s mind is dormant and, much to the Baron’s horror, he finds that only a hypnotist can order the creature to do his unfathomable bidding now.

In The Postcard Killings, based on the James Patterson and Liza Marklund #1 New York Times bestselling novel, NY Detective Jacob Kanon’s (Jeffery Dean Morgan) world is destroyed when his daughter and son-in-law are brutally murdered in London. Unable to sit idly by and do nothing, Jacob travels to London get the answers he needs. As he learns of similar heinous murders happening across Europe – each preceded by a postcard sent to a local journalist – Jacob is in a race against time to stop the killings and find justice for his little girl.

Crimson Matthews, a repentant-but-violent ex-con, believes he’s found a path to redemption by odd-jobbing on Penance Lane. Unfortunately, Matthews’ work leads him to unearth an unspeakable evil… and discover just how far a dying town will go to bury its past. Now, Matthews has every reason to fear that the dilapidated old house will prove to be not only his latest prison — but his tomb.

Two young sisters find that all the mirrors in their estranged aunt’s house are covered or hidden. When one of them happens upon a mirror in the basement, she unknowingly releases a malicious demon.

A Viking Warrioress must step up when a heathen, banished from her village gives up his mortal soul in exchange for the near indestructible form of a demonic Scarecrow. As warriors fall to the vengeful Scarecrow, its down to Greta to save her village from annihilation.

Haiti, 1962. A man is brought back from the dead only to be sent to the living hell of the sugarcane fields. In Paris, 55 years later, at a prestigious all-girls boarding school, Melissa, a young Haitian teenager, confesses an old family secret to a group of new friends – never imagining that this strange tale will convince a heartbroken classmate to do the unthinkable.

A 50 year old murder sends a shockwave of terror to the present day when a young couple moves into a house in this tale of terror from award-winning filmmaker Brent Roske. Shortly after moving into their dream home, Janice and Sam learn that it was once the scene of a grisly murder. Isabelle, the previous owner, had caught her husband and his mistress making love, and flying into a rage killed them both in cold blood. Meanwhile, as an elusive serial killer stalks the streets, Janice finds her dreams drenched in blood and begins sleepwalking in the dead of night. Could she be the killer the police have been searching for, or is the truth more terrifying than anyone could imagine?~

Who – or what is The Goocher? The legend began as a Native American folk tale, warning of an evil spirit that never dies. Scientific research points to possible extraterrestrial origins, with unidentifiable energy-filled creatures inhabiting the deep forests of North America. Most recently, conspiracy theorists state the phenomenon is no myth or alien, but rather a genetically advanced being created by a “dark” government group. Now, in the woods of Ohio, locals have reported sightings of a disfigured woman, angry and menacing, but unapproachable…the telltale sign of The Goocher. What is the horrific truth about this being?

Based on the actual murder investigation that shocked a nation…When hikers go missing, it’s a problem. When the police who are sent to investigate the wayward hikers go missing too, there’s a real problem. The ultimate horror unfolds as investigators find the actual footage taken at the scene of the crime, showing in detail what the innocent victims had to endure. Packed with interviews, unseen evidence and banned footage, the Athens County Massacre reveals for the first time, the deep government conspiracy to cover up alien experimentation on human beings. 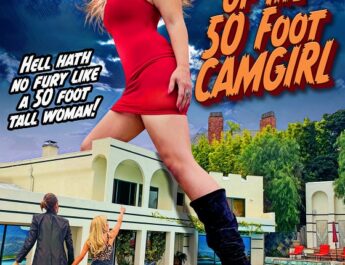