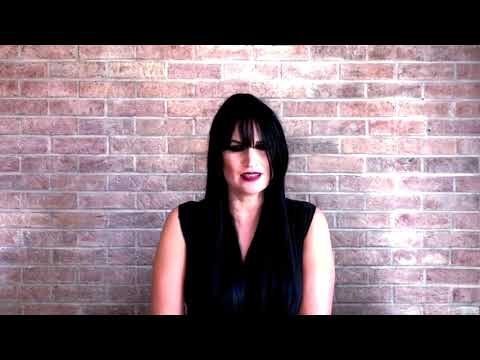 If you’re a fan of anthologies, you might consider checking out “Faces of the Dead.” It’s 5 tales of undead terror giving fans zombies, killers, action, drama, and even a little love. Bringing it all together is Dr. Boobenstein played by Rebecca Rinehart. We got a chance to talk with Rebecca about her role as Dr. Boobenstein, the anthology, and more… 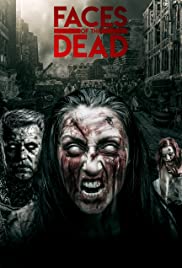 -Rebecca: Faces of the Dead is anthology film from Will Collazo featuring five macabre tales. My character, Dr. Boobenstein, introduces the segments.

-PH: Is Dr. Boobenstein a character you created just for this film?

-Rebecca: She’s actually a character I already had. A friend and I decided to try our hands at a little horror Thanksgiving special and being an overachiever, I decided to create a hostess character with an entire backstory. I ended up posting a fake “audition” on YouTube and it was received very well by people. We only did the one show but I have been waiting to bring Dr. Boobenstein out of retirement because she is fun!

-PH: Did you write your own lines, or was it part of the script for you? How much freedom did you have to do what you wanted with the character?

-Rebecca: They actually just gave me a few basic things to say because I hadn’t seen the segments. Then they told me to just go with it and add it whatever I wanted. 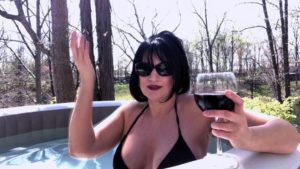 -PH: You were pretty funny! Do you feel the humor came naturally in this role, or something you really had develop?

-Rebecca: Honestly, Dr. Boobenstein is a pretty complex and well-rounded character in my head. She is from Romania, an undisclosed but very advanced age (at least a couple centuries old), is a professor of Mathematics at Transylvania University (in Lexington, Kentucky), and has a very dry sense of humor, much like mine. So I actually just let her do her thing ☺

-PH:  Was there something more planned for the character that maybe didn’t happen because of quarantine?

-Rebecca: In this particular film, I think she got the job BECAUSE of the quarantine. They needed the segments but had to find someone who was capable of filming on their own. If we had done them on set, I am sure the backdrop, lighting and production value would have been much better. But because of her role in this film, the divine Dr. B actually has another film coming up in the next year.

-PH: How did you get involved in “Faces of the Dead?”

-Rebecca: Will Collazo found me online and liked my look and asked if I would consider auditioning. Little did he know, I came with a seasoned horror hostess! I sent him the fake audition and special she did, he and the producer liked it, and that was it!

-PH: What was your favorite short film in the movie? If you could have played a role in one of those shorts, which film would it be and what part?

-Rebecca: I love the style and atmosphere of Love Letters from the Dead. It’s my favorite and I think I would make a lovely corpse bride.

-Rebecca: I’ve often pondered this…I was scared of EVERYTHING as a young child so I think catching little glimpses of horror movies or seeing trailers on TV during the golden age of the 1980s imprinted on me…I was both terrified and intrigued. I rented every horror movie I could find as an adolescent and teen and found that no matter how good or bad they were, I always found some kind of enjoyment in horror that no other genre could give me. Many of those films are now what I call my “comfort watches”: when I’m depressed or stressed out, nothing elevates my mood as much as popping in a quality gem like Sleepaway Camp 2 or Redneck Zombies!

As I got older and realized the impact of budget on filmmaking, I found that the movies I loved the most tended to be low budget, independent productions. So as far as my career as a horror journalist goes, my primary focus is low budget horror.

-PH: Here’s your chance to promote anything we haven’t talk about. Let us know something more about “Faces of the Dead,” future projects, where fans can find you, or anything else you would like to mention.

-Rebecca: I have somewhere between 15-20 projects I am attached to in various capacities for 2020 and 2021! My most important one, though, is my OWN film that I wrote and am directing and producing called The Embalmers. I’m also the cowriter of Backwoods Bubba, which is starting an Indiegogo campaign July 1st. I write for PopHorror.com, am on YouTube as The Not Quite Final Girl and am a horror podcaster with In the Mic of Madness and SOBs Who Love SOV, dedicated to the wonderful genre of Shot On Video.

We would like to thank Rebecca for taking the time to answer our questions. You can catch her in “Faces of the Dead” on Vimeo, and several other streaming outlets. Also be on the lookout for her in “The Embalmers,” and on the various sites and podcasts she mentioned above! 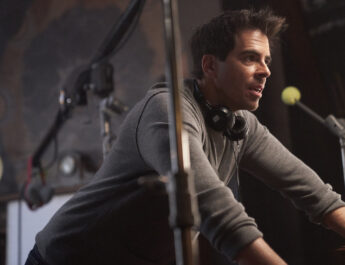