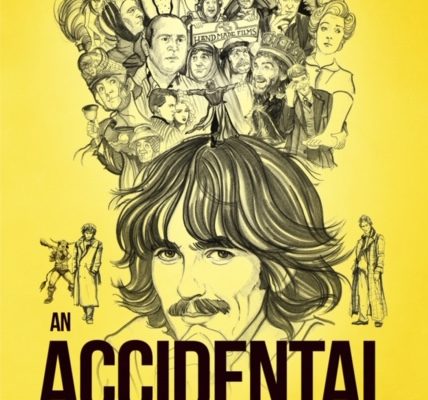 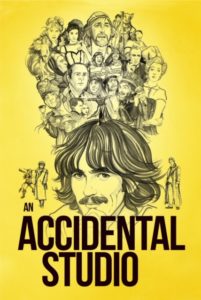 RLJE Films, a business unit of AMC Networks, will release AN ACCIDENTAL STUDIO on July 28, 2020 on DVD, Blu-ray and Digital HD. The documentary was directed and produced by Bill Jones (Boom Bust Boom), Kim Leggatt (Joy Division), and Ben Timlett (Anatomy of a Liar). RLJE Films will release AN ACCIDENTAL STUDIO on DVD for an SRP of $27.97 and on Blu-Ray for an SRP of $28.97. 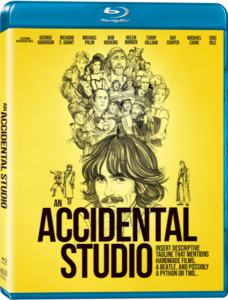 AN ACCIDENTAL STUDIO charts the early years of HandMade Films seen through the eyes of the filmmakers, key personnel, and the man who started it all: former Beatle George Harrison. With unreleased archive interviews and footage with Harrison, exclusive interviews with Michael Palin, Terry Gilliam, Richard E. Grant, Neil Jordan, Ray Cooper and unseen interviews with Bob Hoskins, the film explores HandMade’s baptism by fire, the risk it took in producing uniquely crafted intelligent films and the stories that grew up around it.

The DVD and Blu-Ray will include a bonus feature of the Exclusive Premiere Q&A filmed live, featuring Terry Gilliam, Michael Palin, and Ray Cooper, presented by Sanjeev Bhaskar. 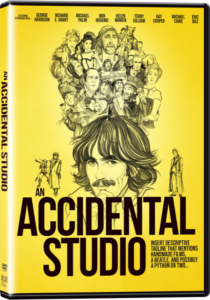 ABOUT RLJE FILMS
RLJE Films’ recent features include the 2019 Toronto Film Festival hit Color Out of Space, based on the classic H.P. Lovecraft story, starring Nicolas Cage and Joely Richardson and written and directed by Richard Stanley; and The Man Who Killed Hitler and Then The Bigfoot written and directed by Robert Krzykowski and starring Academy Award nominee Sam Elliott, Aidan Turner and Ron Livingston. Upcoming releases include David Ayer’s The Tax Collector starring Bobby Soto and Shia LaBeouf; and The Owners from director Julian Berg and starring Maisie Williams from “Game of Thrones.” us.rljentertainment.com.