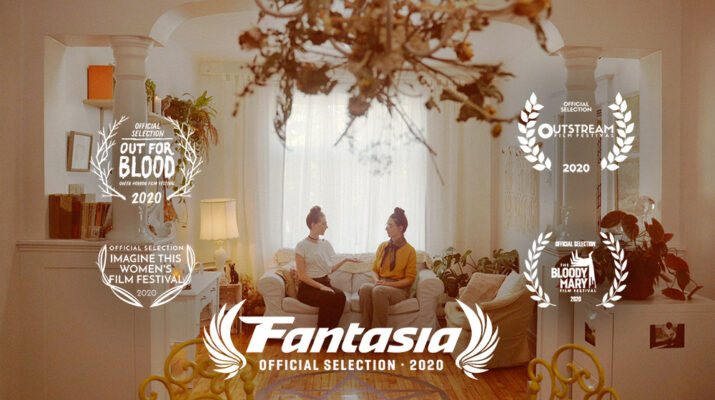 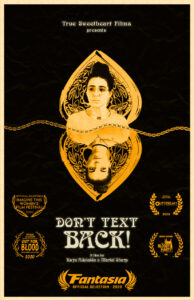 A hilarious portrayal of online dating, DON’T TEXT BACK is the story of a naive young woman who seeks the help of an energy healer to rid herself of a cursed necklace that strangles her every time she doesn’t text back her bad Tinder date.

Drawing from the comedic goldmine of dating “horror stories” that circulate amongst every urban friend-group, DON’T TEXT BACK uses snappy humour and horror conventions to form a playful satire of heteronormative dating culture. 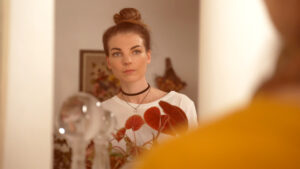 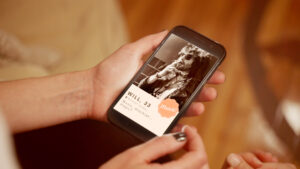 DON’T TEXT BACK will be presented with the feature film BLEED WITH ME (d. Amelia Moses) as part of the Underground section, which was also produced by Mariel Sharp and features special FX by Kaye Adelaide. Screenings are scheduled for: Wednesday, August 26th 7:10PM and Tuesday, September 1 at 3:00PM. 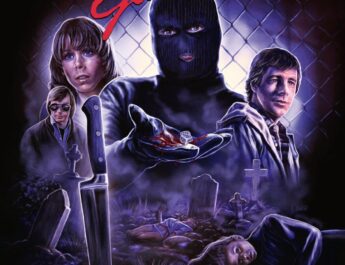