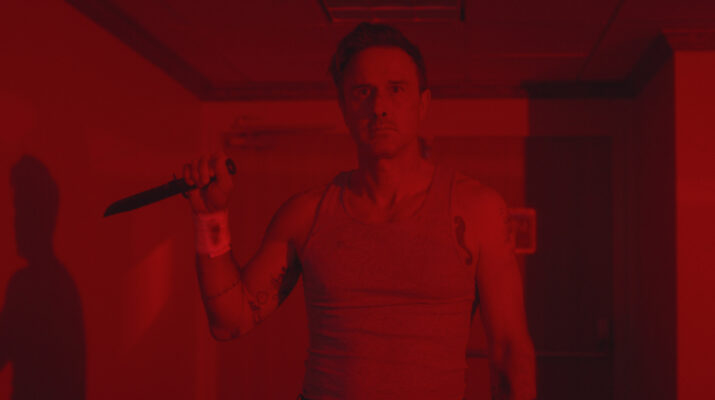 Magnet Releasing will release 12 HOUR SHIFT in theaters and on demand October 2nd, 2020.

Written and Directed by Brea Grant

It’s 1998 and over the course of one night at an Arkansas hospital, a junkie nurse, her scheming cousin and a group of black market organ-trading criminals get caught up in a heist gone wrong.

In the mid-90s, the East Texas news stations were filled with the story of a nurse who killed a few patients using bleach. It’s hard to remember what was fact and fiction at the time. I was a teenager in a small town and the actual news story stays mixed up in memories with urban legends of organ selling, drugs, and that one story about a woman ending up in a bathtub full of ice after her kidneys were stolen.

In this film, I wanted to do the same thing — blur the harsh reality of opioid use, lack of small town services, the understaffing of a hospital with the dark glamor of an urban legend involving criminals, lost kidneys and dance sequences. In my opinion, no movie is complete without a little dance sequence.

But the main thing I wanted to do was to show something that we don’t get to see often enough in films — a female anti-hero. We are often cheering for the wise-cracking, angry but always-right, sour leading man. I wanted to show that same type of character as a woman. I wanted her to make mistakes and be cruel but still be a person worth following. I don’t believe we will have equality until we can see women as human and humans should have flaws. So I wrote 12 Hour Shift as part feminist mission and part for the sheer enjoyment of seeing a woman finally doing something bad. And us cheering for her all along.

I took a time I knew and loved, the 90s, with an area near to my heart, the South, and combined it with blood, the glory of Angela Bettis and her acting, and of course, comedy. Because I honestly don’t know how to make anything without making people laugh a little.
– Brea Grant, Writer & Director, 12 HOUR SHIFT