NOS4A2 ’s second season picks up eight years after the events of season one. Vic McQueen (rising star Ashleigh Cummings) remains more determined than ever to destroy Charlie Manx (Emmy®-nominated actor and producer Zachary Quinto). Charlie, having faced his own mortality, emerges desperate for revenge against Vic. This time, he sets his sights on the person who means most to Vic – her eight-year-old son Wayne. The race for Wayne’s soul sends Vic and Charlie on a high-speed collision course, forcing both to confront the mistakes of their pasts in order to secure a hold on Wayne’s future. The series also stars Jahkara Smith, Olafur Darri Olafsson, Ebon Moss-Bachrach, Virginia Kull, Jonathan Langdon, Ashley Romans, Jason David and Mattea Conforti. Based on Joe Hill’s best-selling novel of the same name, NOS4A2 is executive produced by showrunner Jami O’Brien (Fear the Walking Dead) and Hill. (Also available on Shudder Canada) (Also available on Shudder Canada)

COLOR OUT OF SPACE – A SHUDDER EXCLUSIVE
See above for details.

VICTOR CROWLEY (Director: Adam Green)
Andrew Yong has spent over a decade claiming that local legend Victor Crowley was responsible for the 2007 massacre that left over 40 dead. Yong’s allegations have been met with widespread disbelief, but when a twist of fate puts him back at the scene of the tragedy, Crowley is mistakenly resurrected and Yong must face the bloodthirsty ghost from his past. Starring Parry Shen, Kane Hodder, Laura Ortiz, Dave Sheridan, Krystal Joy Brown.

September 2
LOST SOUL: THE DOOMED JOURNEY OF RICHARD STANLEY’S ISLAND OF DR. MOREAU (Director: David Gregory)
Australian filmmaker Richard Stanley (Color Out of Space) came up with an ambitious plan for adapting The Island of Dr. Moreau. But casting Val Kilmer and Marlon Brando proved to be his undoing and he was fired off the film. What happens after that must be seen to be believed. Starring Richard Stanley, Fairuza Balk, Hugh Dickson, Oli Dickson. ( Also available on Shudder Canada and UK)

September 7
FADE TO BLACK (Director: Vernon Zimmerman)
Shy, lonely Eric delivers film supplies for a living, but exists only to see movies and immerse himself in fantasies about characters and stars. Frequently bullied and betrayed, Eric is gripped by homicidal rage and launches a series of grotesque murders, all patterned after characters and incidents from his beloved movies. Starring Dennis Christopher, Tim Thomerson, Gwynne Gilford. (Also available on Shudder Canada)

SOUTHBOUND (Directors: Roxanne Benjamin, David Bruckner, Patrick Horvath, Radio Silence)
On a desolate stretch of desert highway, two men on the run from their past, a band on their way to the next gig, a man struggling to get home, a brother in search of his long-lost sister and a family on vacation are forced to confront their worst fears and darkest secrets in these interwoven tales of terror and remorse on the open road. Starring Matt Bettinelli-Olpin, Chad Villella, Fabianne Therese, Dana Gould, David Yow. (Also available on Shudder Canada)

See above for details. (Also available on Shudder Canada)

STARFISH (Director: A.T. White)
With reality fraying at the edges, Aubrey finds herself following a string of mixtapes left by her dead friend. The clues unravel the secrets of a mysterious Signal; one that could either save the world… or condemn it. Starring Virginia Gardner, Christina Masterson, Eric Beecroft, Natalie Mitchell. (Also available on Shudder Canada)

SPIRAL – A SHUDDER ORIGINAL
See above for details. (Also available on Shudder UK and ANZ)

VEROTIKA – A SHUDDER EXCLUSIVE
See above for details. (Also available on Shudder Canada, UK and ANZ) 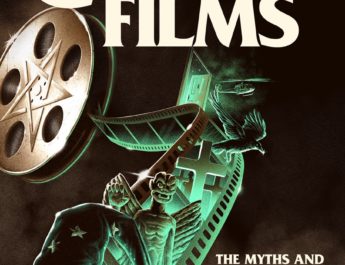