Crackle Plus, a Chicken Soup for the Soul Entertainment (Nasdaq: CSSE) company and one of the largest operators of streaming advertising-supported video-on-demand (AVOD) networks, today announced the upcoming content releases planned for September.

Crackle is available in the U.S. and can be accessed on 25 devices and services including Amazon FireTV, RokuTV, Apple TV, Smart TVs (Samsung, LG, Vizio), gaming consoles (PS4 and XBoxOne), Plex, on iOS and Android mobile devices and on desktops at Crackle.com. Crackle is also available in approximately 500,000 hotel rooms in the Marriott Bonvoy chain. 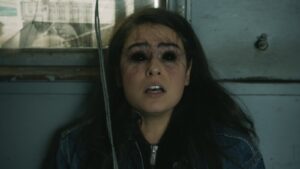 The Crackle original series Spides is an eight episode sci-fi series following a murder investigation that somehow takes a darker than the police expect. A club drug known as “Blis” has hit the streets and is resulting in disappearances, violence, death, and possibly something even worse. Trail the investigators as they enter a perilous underground world of criminals, synthetic narcotics, and psychic phenomenon. We hope you’re comfortable on the edge of your seat, because you’re in for a wild ride!

In this hilarious dark Crackle exclusive, Demi Moore plays a self-obsessed CEO of an edible flatware startup. Looking to raise the bar in the organization she takes her corporate crew on a team-building excursion led by the wonderfully inept Ed Helms. All goes according to plan until a cave-in traps everyone far below ground and even further from any hope of rescue. As hunger becomes their constant companion, this edible startup wonders what (or who) they’ll have to eat next.

Hilarious Australian sit-com gives you a peek behind the doctor’s curtain at a small local sexual health clinic and their wacky employees. Uncomfortable doctor visits have never been so funny!

When two ex-cons working dead-end jobs in a greasy spoon diner get the capre of a lifetime dropped into their laps, comedy quickly ensues. Sam Rockwell (Jojo Rabbit, The One and Only Ivan) and Ben Schwartz (Space Force, Parks and Recreation), lead the crew chasing the most sought-after diamond, the Blue Iguana, as you hold your sides and try to keep up!

Kick back and walk through television history with some of the greatest Emmy winners in the entertainment industry like Tina Fey, and the casts of TV classics All in the Family, The Carol Burnett Show, and Barney Miller. 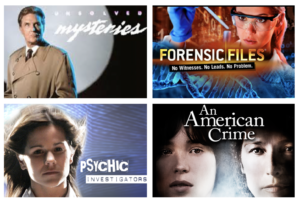 The channel created for armchair detectives everywhere! Get your sleuthing skills on with great shows such as the classic Unsolved Mysteries, as well as Forensic Files, Psychic Investigators, and features like An American Crime.

Feeling trapped? Find a little freedom with a channel that delivers titles like the hilariously dark Corporate Animals, action-packed 10 Cloverfield Lane, zombie classic Train To Busan, and beautifully bizarre Dave Made a Maze!

Sometimes a strange time calls for a strange channel! Check out the sci-fi excellence of the Crackle Original series, Spides, the classic My Favorite Martian, and features like Alien Hunter and Starship Troopers: Invasion!

Join us in celebrating all things snakes, planes, and Sam Jackson with titles like Changing Lanes, Black Snake Moan, the series Pan Am, and hyper-reptilian feature, Anacondas: Trail of Blood.

While touring the White House a D.C. police officer (Channing Tatum) has to battle terrorists in order to save not only his daughter, but also the President (Jamie Foxx) from certain destruction.

A mobster’s lieutenant (Colin Farrell) is helped by a woman (Noomi Rapace) who seeks revenge on the man who permanently scarred not only her face, but her entire life.

Three pilots (Jamie Foxx, Jessica Biel, and Josh Lucas) deep in a hush-hush government program must use all their skill and brains to outthink an AI computer program that is dead-set on starting World War III.

An Interpol agent (Clive Owen) and an American District Attorney (Naomi Watts) risk their lives to battle an international banking conglomerate and bring their illegal arms dealing to the world stage.

When two college students (Emily Blunt and Ashton Holmes) heading home for Winter Break encounter a snowstorm and a wrong turn, the weather ends up being the least of their terrifying problems as the past truly comes back to haunt them.

A star-studded cast tells the story of the nephew of an armored-car driver (Christian Slater) who, during a flood, battles a gang of thugs led by Morgan Freeman to keep three-million dollars from flowing into their hands.